This paper represents one of the first investigations of the multinational growth, through foreign direct investment (FDI), of Italian industrial districts. Although data and statistics reveal a rather low propensity to undertake FDI, industrial districts show a noteworthy (inter-district) heterogeneity in their attitude towards multinational growth. The paper provides a conceptual framework, where structural effects act as a key determinant of industrial districts' propensity to grow internationally through FDI, in order to explain their heterogeneous behaviour. The presence of "core" firms as well as the lively "domestic rivalry" interact in increasing the likelihood of the industrial district's internationalisation. Specifically, the former, together with the presence of foreign-owned affiliates within the district, positively contributes, thanks to learning and imitation effects, to the attitude of the local smaller companies towards multinational growth. Conversely, their degree of internationalisation is negatively related to that of smaller companies, thus revealing a sort of "substitution effect". However, smaller companies in industrial districts benefit from the previous international experience of the district itself, thanks to imitation and learning occurring through cumulative processes. Other characteristics, such as the innovative capacity and the export propensity, play a positive significant role. Empirical evidence has been provided with reference to the internationalisation of Italian industrial districts, as at the beginning of 2003. The conceptual framework suggested has been corroborated through an econometric model. 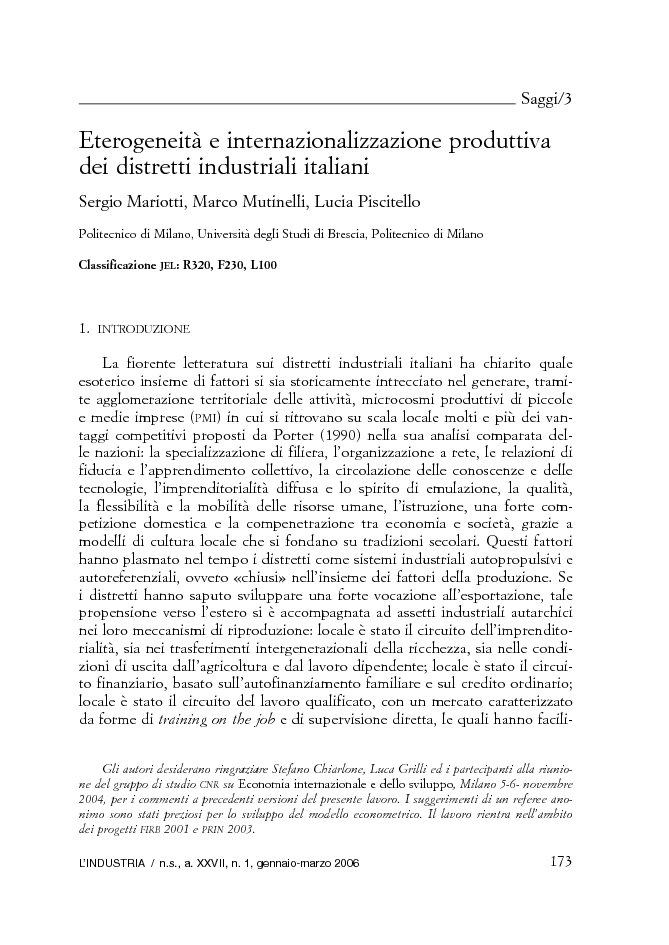