The paper discusses the directives package potential consequences on the media sector; in particular it discusses its impact on the broadcasting industry, that distributes information through networks having technical characteristics similar to telecommunications networks. The creation of a common normative policy is a significant element of the directives package, which have quite a strong impact on broadcasting - where national administrative regulatory policy has ever played a key role. Notwithstanding the references to the audiovisual matters are quite a few, the directives could weigh heavily on these sectors organisation patterns, even though the separation between networks and contents could in part mitigate their impact. While the debate on the traditional terrestrial broadcasting networks is in some way left apart, perhaps in order to avoid the politically delicate issue regarding public networks competitive position, the issues related to pay TV - set top box standardisation and steps against possible bottlenecks in retailing distribution - are directly addressed. If confirmed and consolidated, the positions adopted on frequencies management and universal service could have important implications on audiovisual matters. Auction is addressed as the system that can better guarantee the objective of frequencies efficient allocation; the extension of this approach is supported also for the public television service, since regarding universal service there is strong emphasis on public transfers and on possible competition distortions. As a whole, the conceptual references and the underlying market models are borrowed from the telecommunication economic analysis. In consequence, some of the interventions in broadcasting markets policy risk not to be adequate and not to allow the creation of a context coherent with real competitive dynamics. 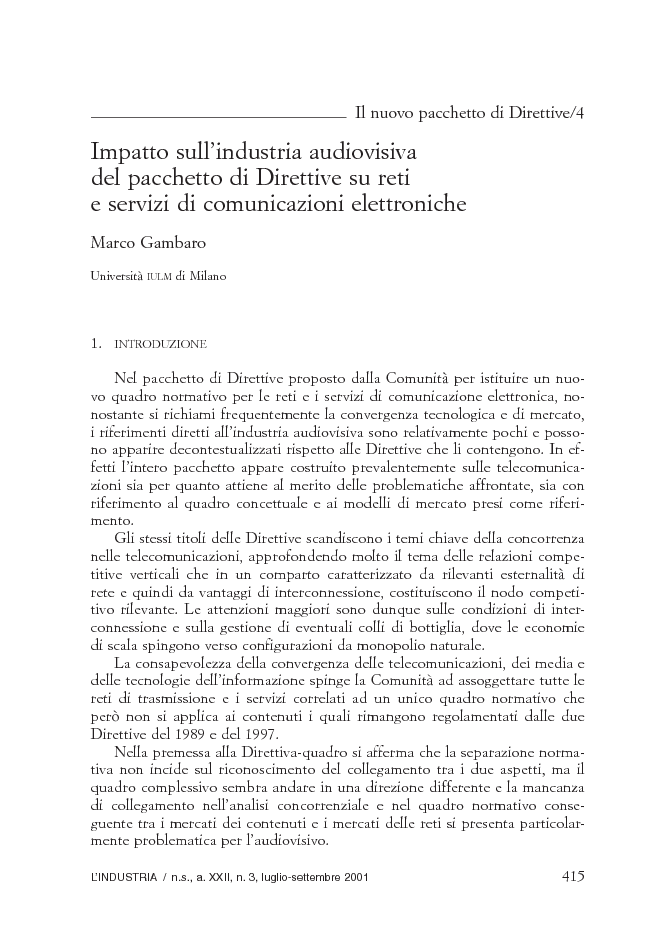