Mr. Prodi reviews some issues of political and industrial economics and considers the present state of the discipline. Among the issues are industrial districts, privatisation, and the role of large enterprises and SME's. The industrial district is the major innovation Italian business gave to the world; today it can solve some of the problems of globalisation thanks to its suitability in low technology and low capital intensity contexts. Privatisation should not be turned into an article of faith; in fact it is problematic if not accompanied by new competition rules and the demise of monopolistic and oligopolistic positions. Large companies have been struggling in Italy for a long time, but they can still play a vital role for development; some innovations, for instance, can only be born within large concerns. As to SME's, ways should be found to help them to invest in the least developed countries. The reflections on the discipline cover intellectual diversity and the task of economics. Ten years ago, many different industrial and social models existed; today, much of this diversity has been lost and something like intellectual single-crop farming is prevalent. Economist should aim at addressing real-life problems such as income imbalances, which have grown wider in the past decade. Instead, today's economists are mesmerised by models whose purpose coincides with their formal perfection. Economics should try to close the gap between itself and the real world. 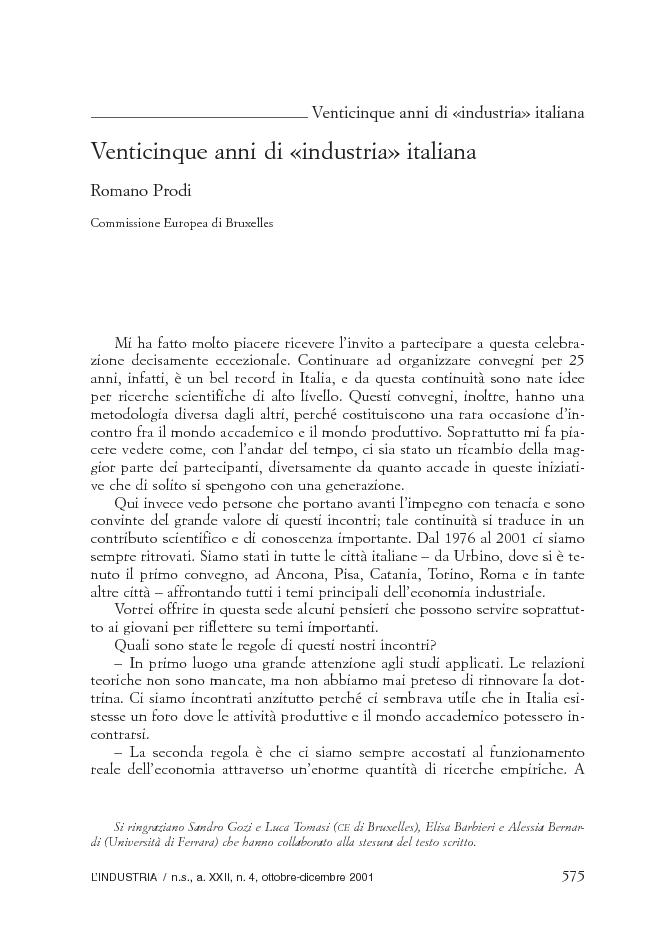