Between 1950 and 2000, the four-firm producer-concentration ratio for beer increased from 22 to 95 in the United States; and Anheuser-Busch's share of domestic output ballooned from 6 to 54 percent. In the same period, the four-firm producer-concentration ratio in Germany has risen, but it remains low (in 2000, it was just 29). In 2005, after five years of important mergers involving big brewers, the German beer industry was still much less concentrated than its American counterpart. In this article, we discuss several candidate explanations for the failure of beer-producer-concentration to rise as much in Germany as in the United States: the relevance of the new technologies to German brewers, the preferences of German consumers, the rules for advertising on German television and other factors, largely absent from the consensus interpretation of American experience. We show that market structure depends on a remarkably broad range of factors, extending well beyond technological opportunity and market size emphasized by Bain. 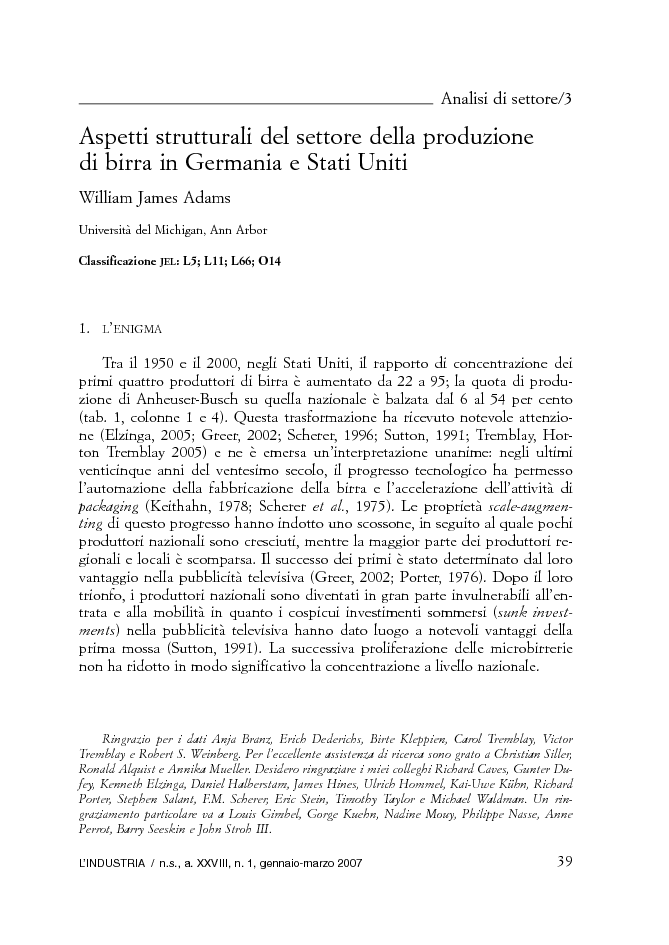