R&D has become a key factor in the modern technological competition, in which firms in advanced countries are not in a position to reduce their cost of labour. In this paper we develop a valuation model of R&D projects along two fundamental lines. On the one hand, Real Options theory defines the value of the investment decision; on the other hand, the agency problem, raised by the delegation of the research commitment, is solved along the lines of the Principal-Agent model, with the characterization of the optimal tradeoffs between incentives and profits, and therefore of the optimal contract between the principal and the research team. Such an approach has a general significance in a corporate governance perspective, in particular in high-tech industries such as the pharmaceutical one. 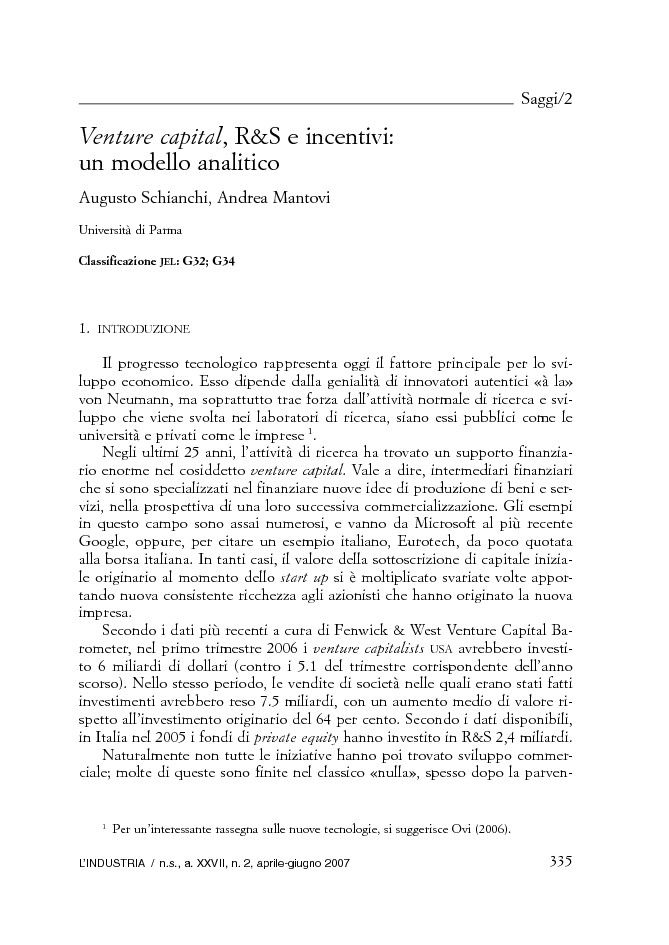