Private equity investments represent an important way of financing young and dynamic small and medium companies, in order to favour their growth through the provision of funds (expansion capital) to restructure them (turnaround capital) or to carry out a change in ownership, through IPO or the entrance of new shareholders. In Italy, Private Equity Funds were established only recently, since in the past the banking system has succeeded in preventing the approval of legislation ,that were supposed to reduce their influence towards the companies. However, since the end of the '90, the number of venture-backed investments has increased: more than 50% of them are buy out investments, while expansion capital has been provided in 35% of cases. At the end of the analysis, the authors point out that venture-backed investments had a very positive impact on small and medium-sized companies, that could upgrade their production scale, while the effects of many big deals (mainly secondary buy out investments) concerning large firms are more controversial and often are motivated by speculative aims. 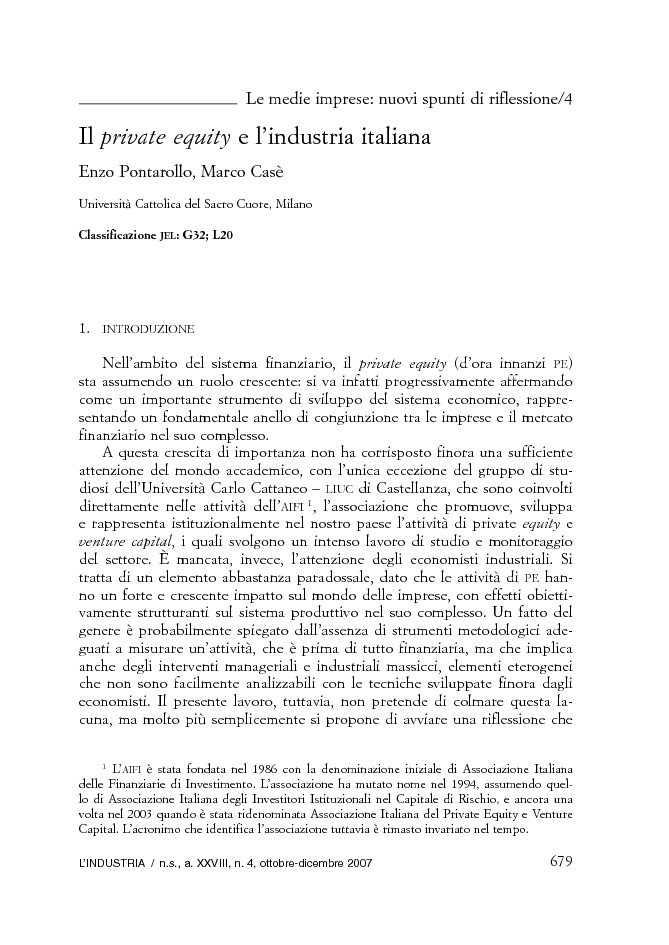