The aim of this paper is to verify if the historical sentence of the Italian Supreme Court in Plenary Session 500/1999, have really contributed to diminishing the incentives in the bribes market in Italy. We refer to the theoretical model of Acemoglu and Verdier (AER, 2000), that consider corruption like a necessary by-product of the public intervention in the economy to correct some cause of market failure. The empirical part of paper regarding the real effects of the sentence no. 500 /1999 of the Italian Supreme Court on corruption involve two different analyses. The first, based on the official data regarding all the regions of the Italy, to account to the aggregate effects. The second, is based on a case study conducted in the province of Catania, collecting data by means of interview of informed agents (bureaucrats and entrepreneurs). 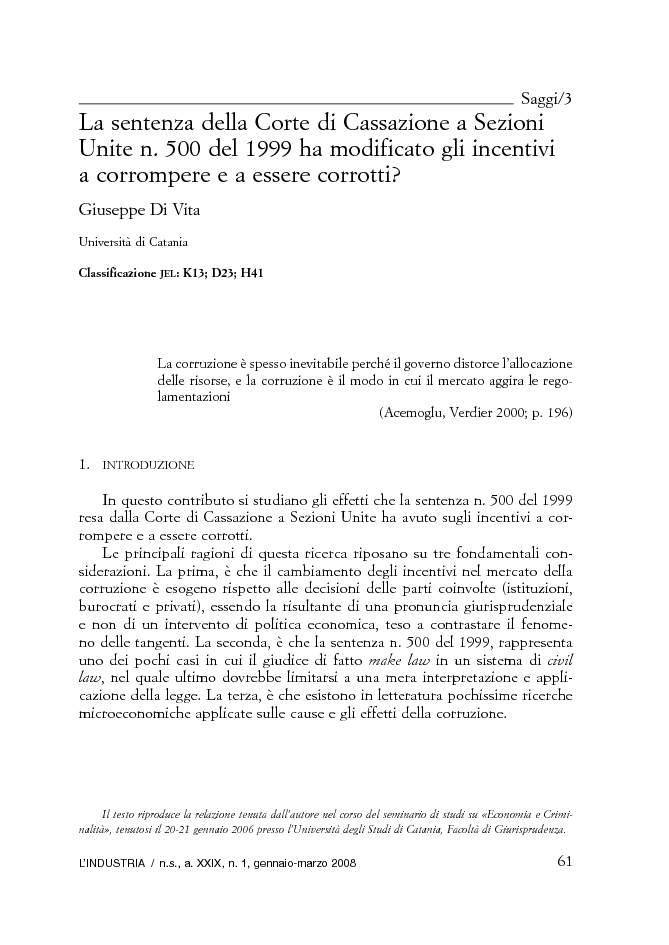