The purpose of the present paper is to contribute to the empirical literature on country interlocks by illustrating and analysing the interlocking directorships in the first 40 Italian, French and British Blue Chips as of December 2007 (Italy)/March 2008 (France and UK). The theoretical literature identify two possible explanations for interlocking directorships, on the one hand the collusion among players in the same market or in general among enterprises that have business relations among themselves; on the other hand the interest for enterprises to have on their boards bankers, suppliers, and clients so as to reduce information asymmetries. Our findings show two different national models, the French-Italian one and the British one. The first model seems to be characterised by a higher number of companies linked with each other through interlocking directorships; the second model by a more limited number of companies that share just one director at the time. The British system seems to correspond more to the theoretic model of relying creditor and debtors and suppliers and their clients rather than to the collusive model. As for France and Italy, the extent and the redundancy of links among the main listed companies seem to go beyond the need to rely debtors and creditors and suppliers and clients: because of the number of directors in common, their personal profile, the characteristics of the companies connected to each other, the higher degree of centralization of the network than the United Kingdom. While the Italian-French system seems to be closer to the collusive function indicated by the theoretic literature, the observation that it also connects companies which do not seem to operate in the same market seems to point also towards a comparison with centralised economic models. 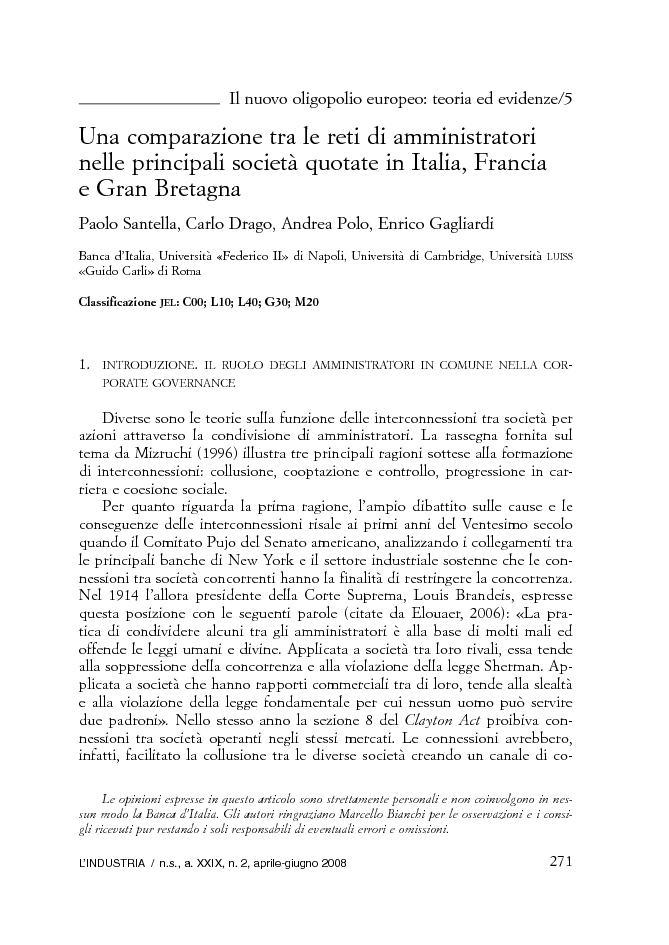