This paper argues that with the present world financial crisis national governments, particularly in eurozone countries, are left with little more than industrial policy as a tool to steer the economy. Present day industrial policy will of course be very different from the "classical" one, whose pillars must be drastically reinterpreted in the wake of globalisation. For this reinterpretation, this paper synthetically reappraises the evolution of economic thought during the first (Victorian) market globalisation and compares and contrasts it with present-day market globalisation; shows the roots of present day thought about globalisation are embedded in Nineteenth Century economic theories that considered the globalisation process from the inside (market theories) and from the outside (Marx, leading to the present day French concept of mondialisation). It further shows that, in the wake of globalisation, present day Western Europe is experimenting four different types of industrial policy, ranging from the interventionist French to the blandly laisser faire British one. None of these appears to be entirely convincing but they are rather attempts to cover new grounds since, in the present financial crisis, no ready made recipe really works. Solutions will not be found in textbooks but will have be worked out in a new world setup. 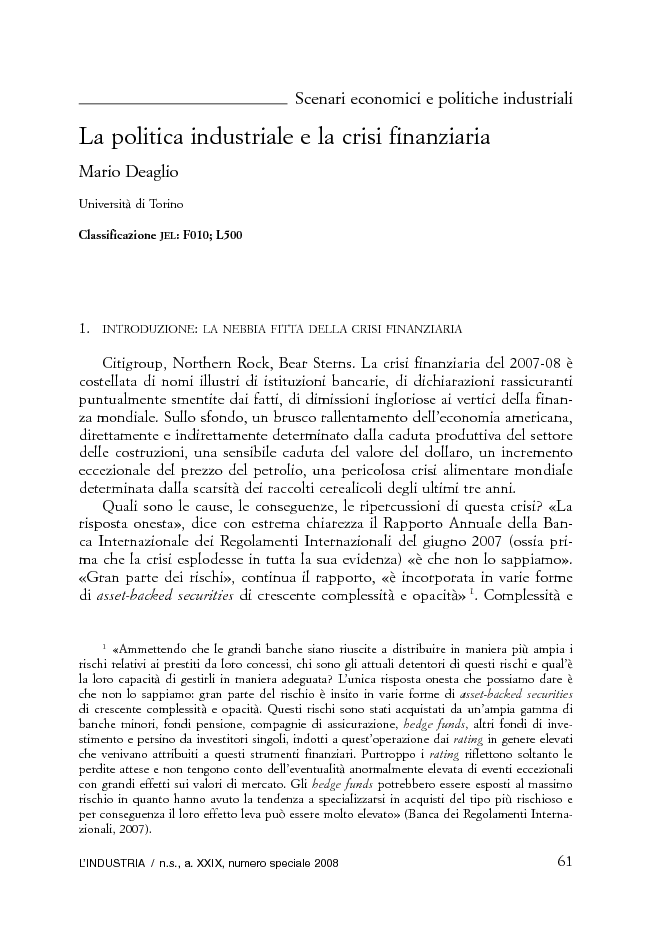