The paper illustrates how the Government role has recently evolved, specifically focusing on the 2008 financial crisis. First, we analyze the Government responsibilities in triggering the crisis, by bloating the supply of credit. We discuss emerging countries' expansionary monetary policy, in many cases aimed at defending their export, thereby directing huge savings flows towards developed countries. We then expound the role of the US housing and monetary policies, and emerging countries' policies, as well as of the advanced countries' financial deregulation rules. Second, we deal with some critical aspects of Governments intervention in the aftermath of the crisis. We show the negative impact of a number of policies, particularly in the accounting field, which contributed to exacerbating the tendency to an inefficient allocation of the available capital, where an excessive weight has been placed on low-risk assets, resulting in a slowdown of economic growth. Finally, we use a simple game theoretic model to emphasize the need for an internationally coordinated financial regulation policy. 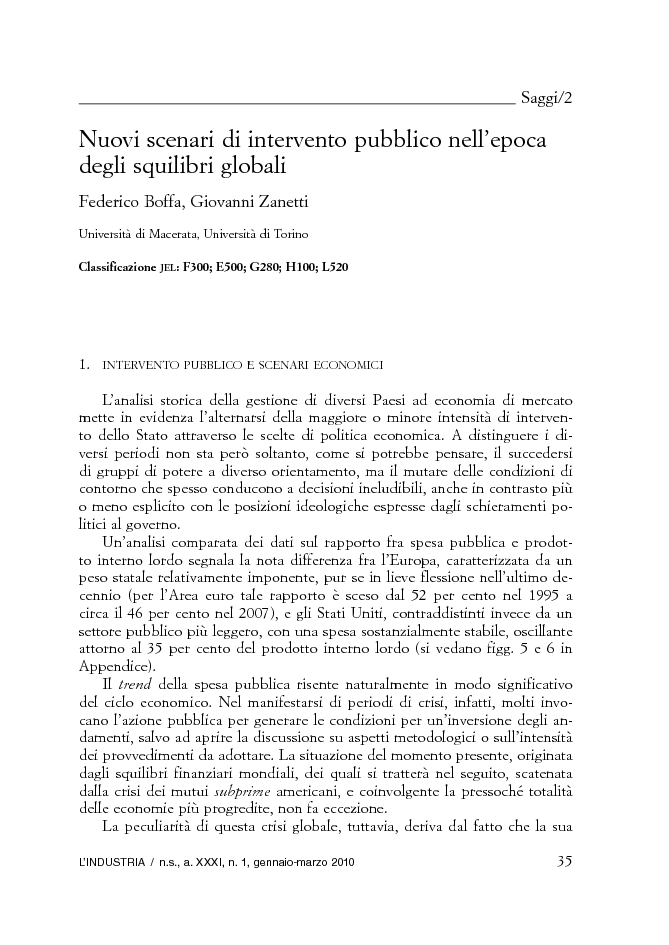