The paper analyses the industrial system of the North-West area in Italy, the declining of its large companies and the rising of local SMEs. This long process was created by the declining of the State-owned large companies, the emerging of a new generation of entrepreneurship, the general shift towards the post-industrial society. Within this contest, Olivetti is a paradigmatic case: Olivetti was a European leader in the personal computer industry, and in a very short time it collapsed. Its competitive advantage disappeared, and the Ivrea area was affected by unemployment and social problems. But in few years, a new industrial system came to light: it is mainly composed of SMEs in the mechanical sector, the «old» sector from which Olivetti started at the beginning of the XX century. Could we interpret this process as a sort of «technological reversion» of the local industrial system? 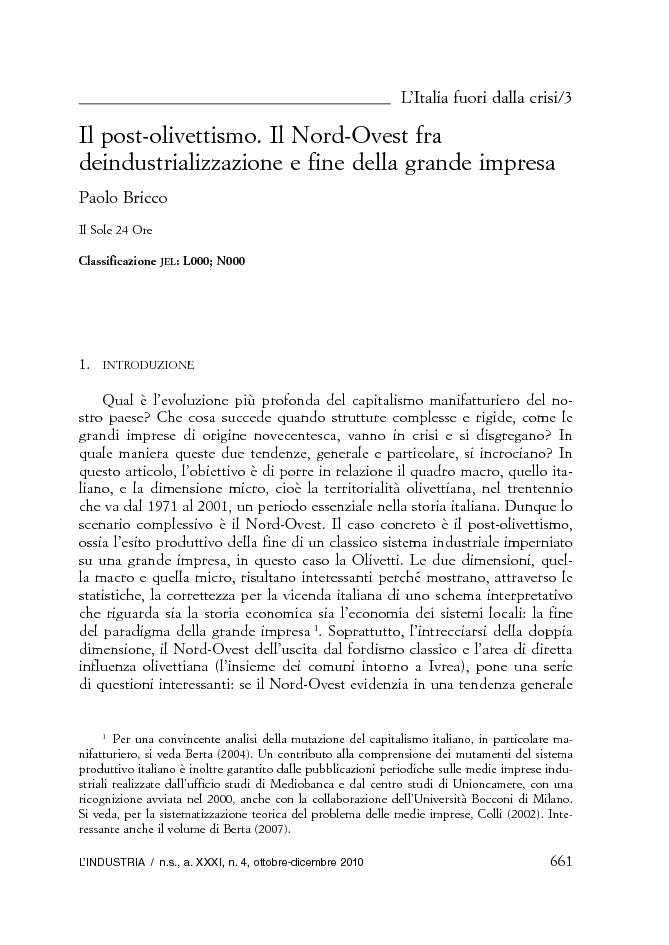