This paper aims to investigate how competitiveness and structural factors have impacted on the dynamic of market shares in eight major world economies - China, France, Japan, Italy, Netherlands, The United Kingdom, The United States - over the period 1998-2007. To this end we apply the «constant market share» analysis by decomposing the growth in the exports of manufacturing sectors into five separate components according to the formulation suggested by Fagerberg and Sollie (Fagerberg and Sollie, 1987). In the empirical analysis we also use a sector breakdown following Pavitt's (1984) taxonomy, in order to highlight the relationship between innovation activities and export performance. Our main findings suggest that although Italian market shares have decreased both in the traditional sectors and specialized suppliers, the foreign trade structure is still strongly linked to these industries. 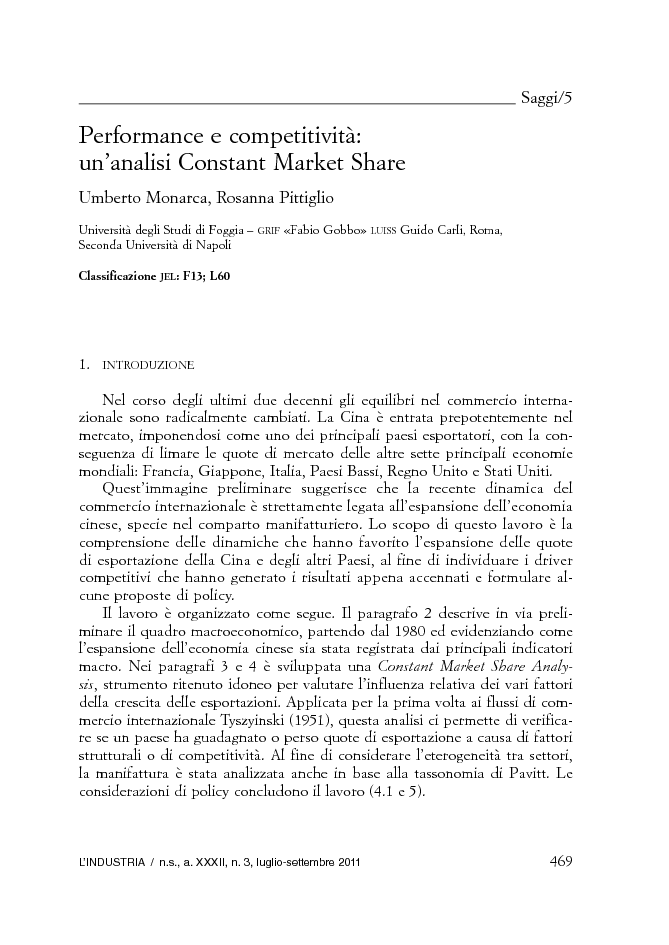