The paper analyzes the dynamics of the industrial agglomeration in the North-Eastern Italy. It uses a long-run reconstruction of the industrial cluster maps (from 1951 to 2006) to assess whether and to what extent, in the current decade, the agglomeration phenomena present significant discontinuities. The analysis of changes occurring in the most recent period (1995-2008) is then pursued on the basis of fiscal data. The descriptive and econometric analysis show, on the one hand, the arrest of territorial expansion of industrial districts and, the other, the progressive attenuation of the advantage of productivity and profitability that have traditionally characterized the companies belonging to the districts. 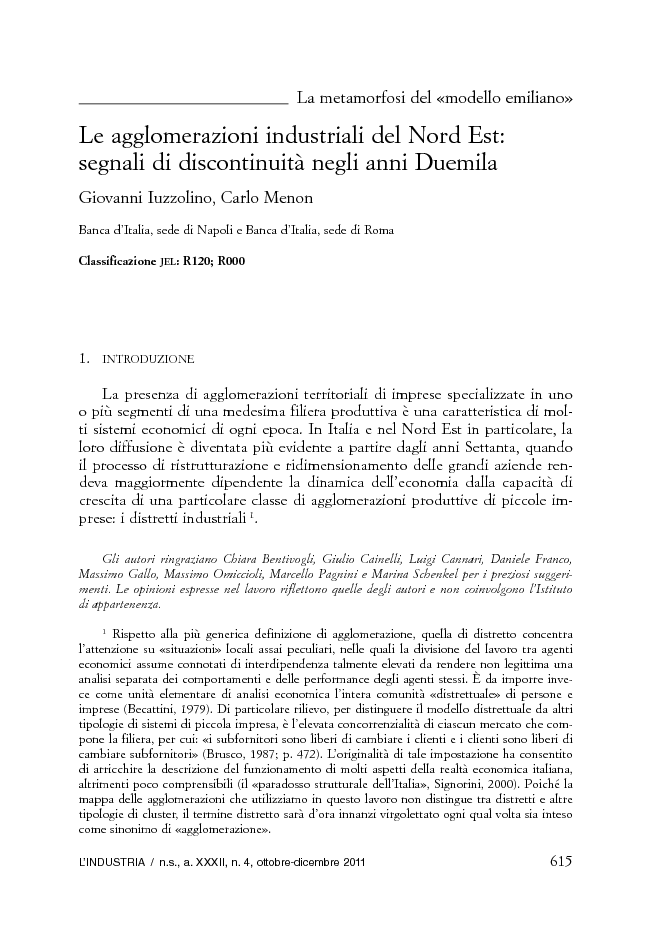