The paper analyses a sample of Italian firms that over the last decade have been actively involved in re-calibrating their strategies, experiencing a strong change at the technological and organizational level. The aim of the paper is to identify the characteristics of the firms that pursue radical changes in the context of an industrial structure (the Italian one) which is often described as fundamentally static and far from being innovation-oriented. Such firms appear to belong to a wide range of industries (mostly within the manufacturing sector) and do not show any specific size pattern. In such framework firms' strategies mainly hinge on the development of their internal knowledge. This contributes to foster the accumulation of intangible assets (in particular human capital) and to orientate the firm towards non-price competition, acting as an engine for growing product differentiation and market expansion. Nevertheless, it has to be stressed that the observed strategies are not grounded upon a single «instrument», nor do they follow a «hierarchical» logic. They appear characterised instead by the simultaneous search for «multiple» ways and instruments aimed at enhancing competitiveness, according to an overall strategy in which the consistency of the different steps becomes the key to future development. 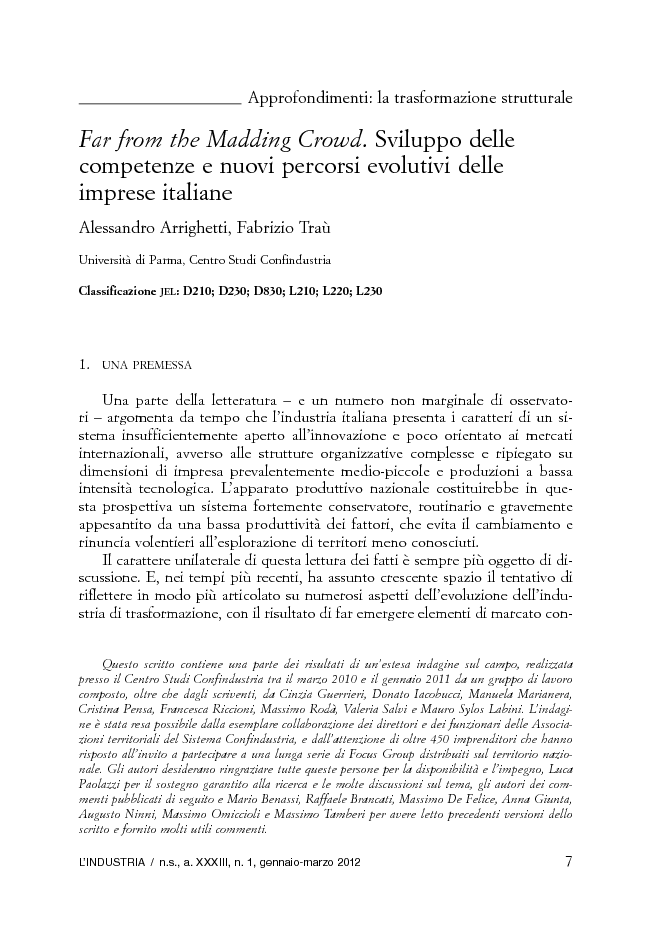