The essay synthetically analyzes the state-of-the-art of the Italian water utilities, following a reform launched by a rather ambitious law in 1994 and a confuse normative framework related to public utilities management. The results are disappointing, mainly as a consequence of the abstractness of a reform plan that did not duly considered the original industrial setting of the water sector, as well as the local features of water utilities and - what is pivotal in Italy - of public administration. The vote of a referendum held on June 2011, deeply influenced by a generic rhetoric related to water as a common/free good, unsettled an already precarious system that the national legislator wishfully (and rhetorically by itself) aimed at liberalizing by recurring to private undertakings as service managers. However, the recent endorsement of a trustworthy regulator may mark a difference from the murky situation experienced in the past, where the Italian competition authority was rather frequently acting also in order to compensate the regulatory lack. A new systemic approach, based on a polycentric governance of water as a common-pool resource and a sound general regulation well combined with an antitrust guard, is the final hope expressed by the author of the research. 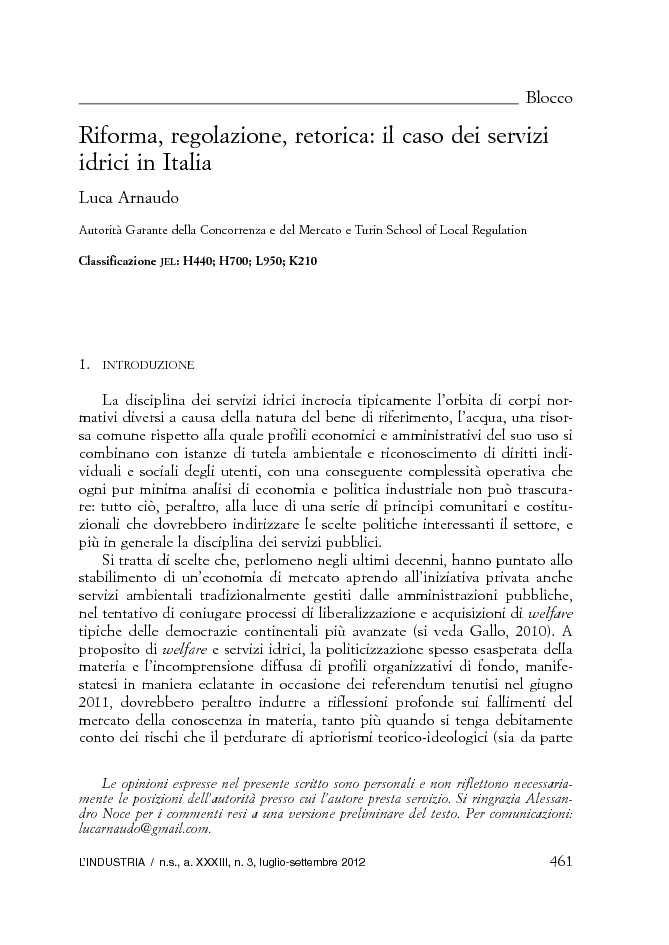