Bain was born in 1912. Following the American antitrust tradition, Bain developed in Harvard in the '30s, and then in Berkeley, a new approach to industrial organization focused on potential competition as the dynamic core of Economy. Bain defined the Structure, Conduct, Performance, that has been the basic paradigm of the discipline called Industrial Organization. This article outlines the history of Industrial Economics, moving from the ancient English tradition to the American debate, where Harvard, more focused on structure, and Chicago, stressing the conducts, frame the basic guidelines of the new discipline. Reading Bain's contribution to literature, emerges a necessary rethinking on the new frontiers of the discipline, going beyond the existing orthodoxy. 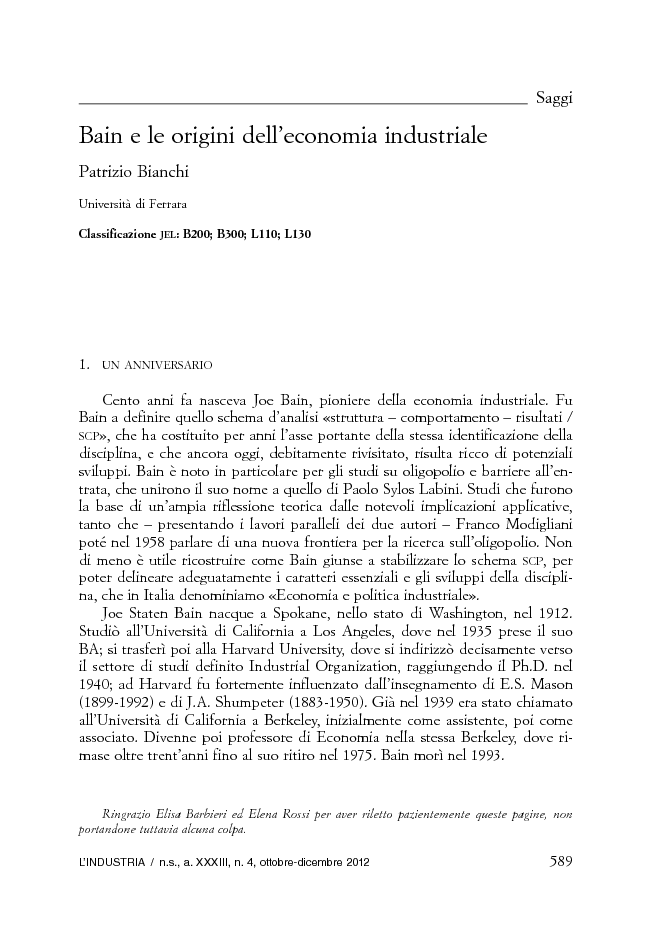