Among the countries identified by the 1993 World Bank report as part of an «East Asian miracle» three were singled out as the most suitable models for successful economic development - Indonesia, Malaysia and Thailand (asean3). While the first generation of East Asian industrializers had relied on strong state intervention, these Southeast Asian economies were prized for their relatively liberal FDI attraction and trade policies. Today, however, it is evident that the asean3 have failed to repeat the economic success of South Korea and Taiwan. Rather, they seem to be victim of a so-called «middle-income trap», that is, their industrial production continues to be dependent on foreign technology and management. The article discusses the case of Vietnam against this critical background. While Vietnam has been often presented as a promising "fifth" Asian tiger, there is a wide evidence to suggest that it may be trapped in the same unfavorable dynamics affecting the asean3. 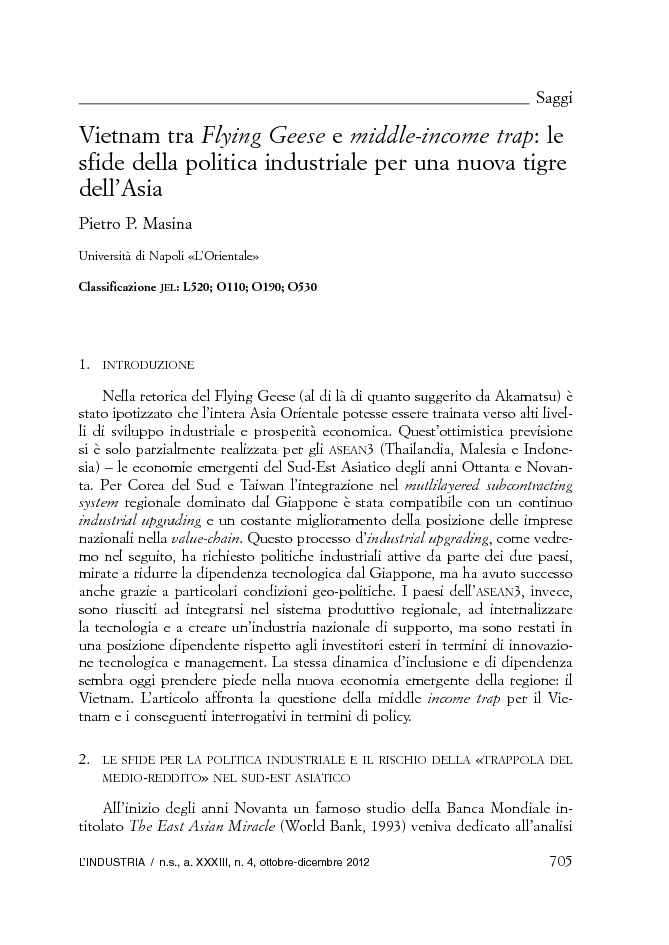