Since 2008, as an instinctive reaction, governments of most industrialized countries have promoted actions as attempts to offer solutions to many problems that the crisis was opening. Furthermore, this resurgence of industrial policy has also reopened an old debate both on the role of government in industry and on its failures. In fact, neo-interventionism has immediately fed an unconditional opposition to the public hand, based on the typical arguments of the government failures literature. This paper inserts itself within this debate. In particular it studies the industrial policy and the historical experience of the American case. It highlights specific circumstances and government actions that could be useful for future researches and it provides new empirical insights that may be particularly important in the debate on present industrial policy. In this scenario, the analysis of current practices and the historical re-reading of the past ones are suggested as an antidote to the deviations of a debate that has often been characterized by prejudicial and ideological positions. The work starts from Hamilton's ideas about the us industrial policy, and shows all the various stages of industrialization, up to the present days of the second President Obama. From the days after the political independence, when the us wanted to gain industrial and economic independence, to catching-up and to the achievement of global leadership. Two hundred and fifty years of history, two hundred and fifty years of government practices in favor of the national industry. 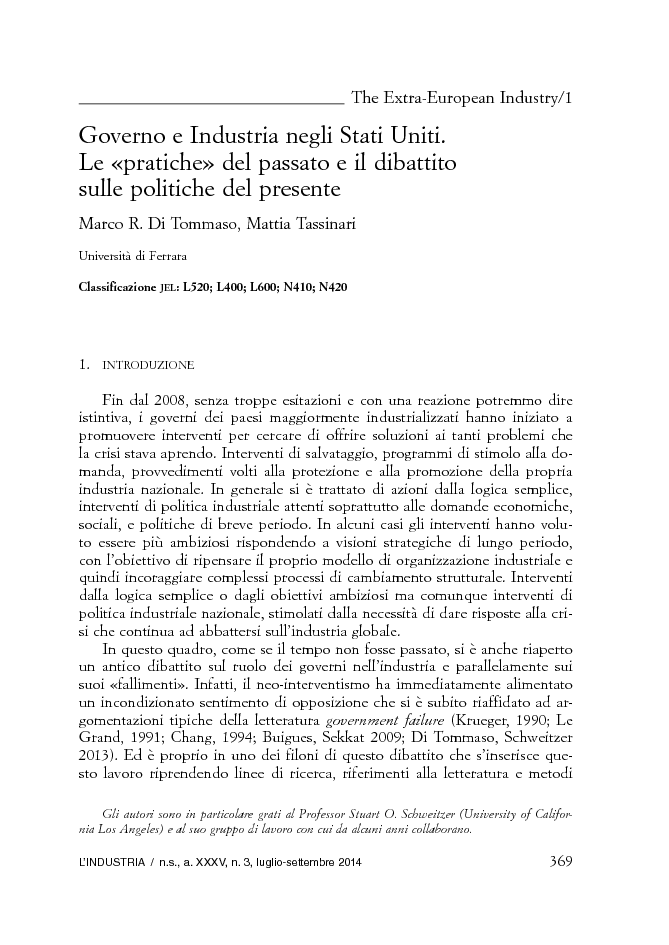