In the last thirty years, China has experienced a continuous and intense economic growth. The literature bears evidence that the process of growth and industrialization has been accompanied by territorial disparities. It is also reported that the implementation of economic policies partially contributed to territorial disparities. The aim of our work is to investigate how much the process of growth and industrialization has been accompanied by disparities and how they have changed over time. The analysis is developed in two stages. We first analyze the path of growth and industrialization that China has made in the period object of our analysis. We use a synthesis indicator that includes variables for exports, production, income, employment, and enterprises. Then the focus is on the territorial level in which, using data for the 31 Chinese provinces, we analyze heterogeneity of industrialization and growth. We finally try to highlight which provinces have driven growth, which are lagging behind and which have improved their condition with respect to others. 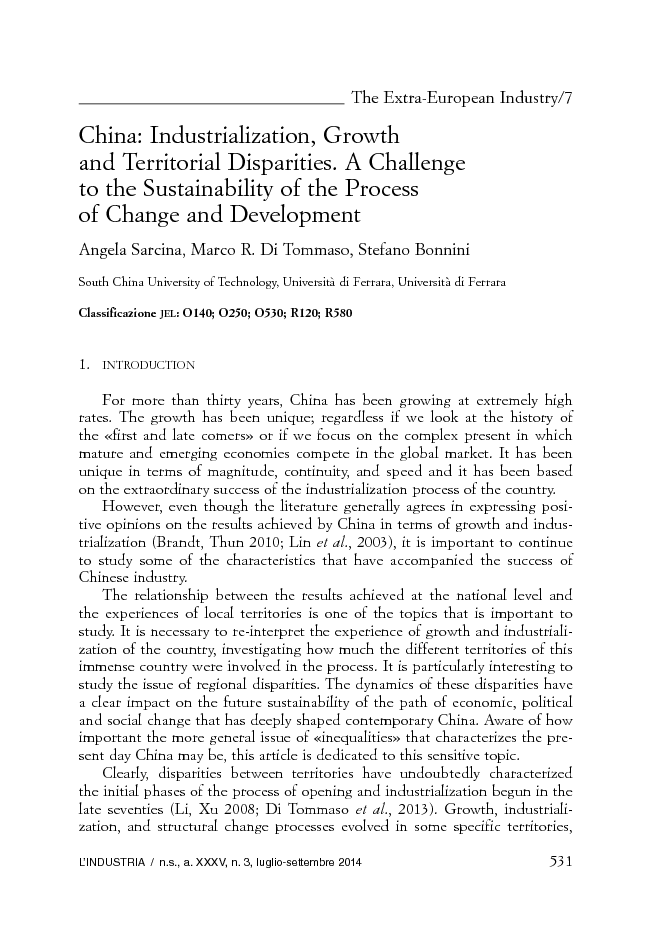