The issue of public enterprises, especially those operating on an international scale, is gaining increasing attention. This paper evaluates the performance of contemporary public enterprises. We first identify public enterprises according the oecd approach, when the control of the public owner is greater than 50 percent (Christianen, 2011; Kowalski et al., 2013), and we analyze about 1,000 listed companies (private and public) extracted from the Forbes Global 2000 - which lists the largest companies in the world - considering some performance indicators (ros, roa, roe); size indicators, and their sector and country of origin. Next, we move to analyze the behavior of public and private enterprises which are active in the market for corporate control (mergers and acquisitions, m&as). In this second step, we adopt a more flexible definition of public enterprise, as we consider to be public every firm where the top shareholder is a public institution. According to Musacchio and Lazzarini (2014), this approach allows to take into account different types of contemporary public enterprises. By combining data and information reported by Orbis and Zephyr (bvd) we select only the m&as for which it is possible to determine the proprietary nature of the acquirer in the year before the deal, and where pre-deal economic data on firm performance are simultaneously available for both the acquirer and the acquired company. Our final sample is composed of 25,322 deals, of which 2,488 are performed by a public acquirer. Both the analysis of the performance of large companies on a global scale, and the analysis of m&a deals, confirm that public enterprises are currently active in the global market arena, and they show a comparable performance with private ones, and even higher in some specific sectors. The concerns about market distortions determined by contemporary public enterprises do not seem to be supported by the empirical evidence. 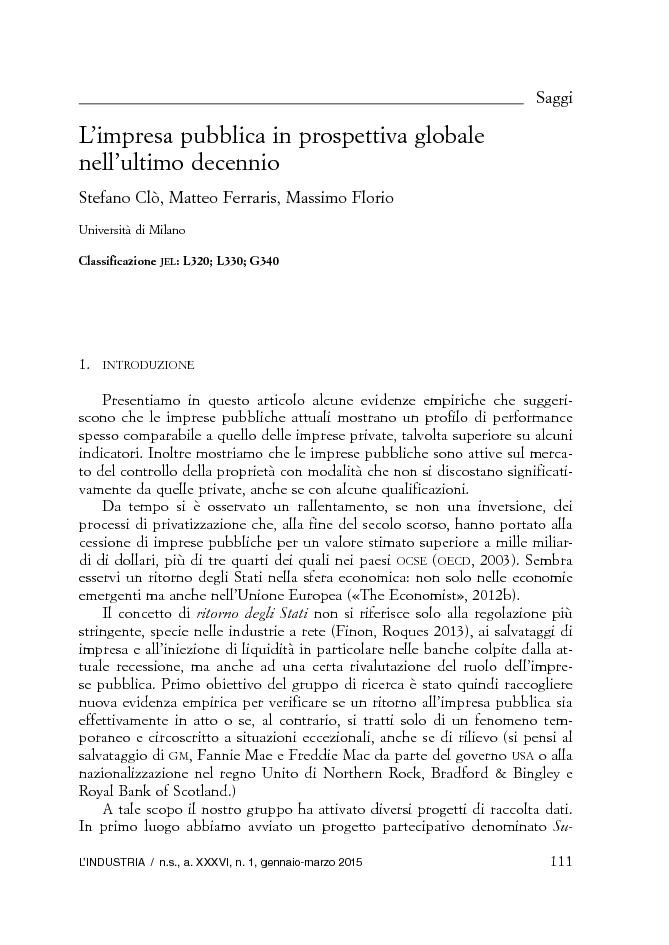