The paper deals with the Italian system that regulates the access to liberal professions and the conduct of professional people. In particular, the analysis focuses upon the economic rationale of the regulatory system, its possible anti-competitive effects and the recent proposals for reforming it. Subsequently, the findings of an empirical study concerned with a sample of Italian graduates who have tried to carry out a liberal profession are presented and discussed. They show, firstly, that the admission rates are characterised by marked and unjustifiable differences, both over time and between professions and admission bodies. Secondly, it emerges that the long training period that some would-be professionals are compelled to accomplish is not always useful and effective. With respect to the reform proposals, there is a wide consensus on the need of changing the admission exams by introducing clear and homogeneous selection criteria. Only the graduates that already carry out a profession agree to abolish the ban of performing advertising activities, while there is a wide disagreement with respect to the liberalisation of professional tariffs. 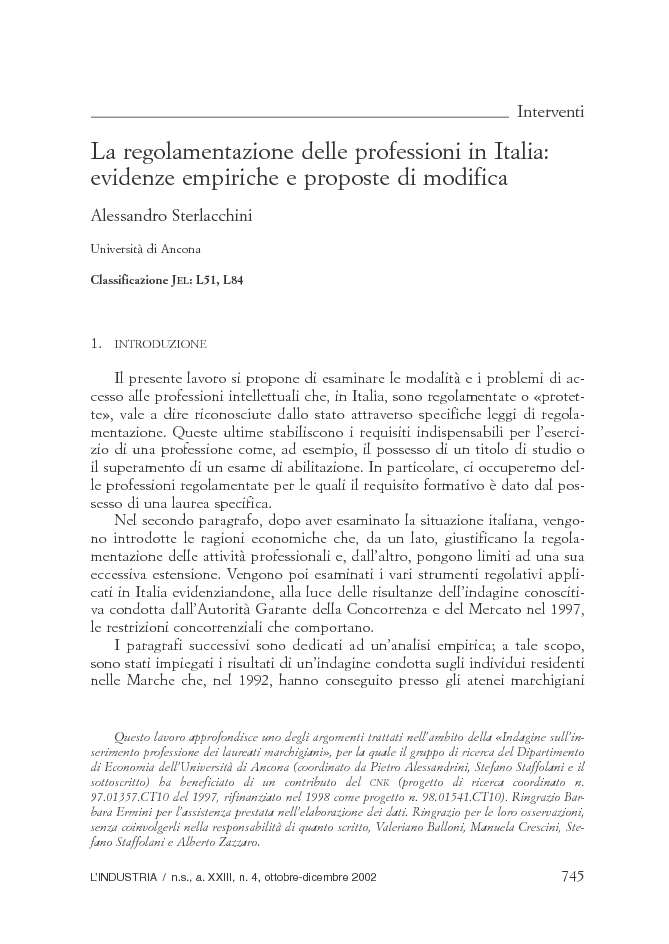