Over the last years, especially in Europe, the role of National Promotional Banks, such as Cassa depositi e prestiti (cdp), has become important in providing financial resources to promote economic activity without worsening public balance sheets. Traditionally, cdp's mission has been to catalyze private savings (through the postal channel) towards initiatives supporting the national economic system. Since its foundation, in 1850, cdp has provided loans to Public entities, in particular local authorities, to finance infrastructure investments. After the privatization, in 2003, cdp's activity was extended in the fields where a remarkable public interest arises. Due to this new mission, cdp can support sme's investments, pfi initiatives, export credit and large firm investments in specific sectors. In recent years, due to the deleveraging process caused by the financial crisis and the lack of private resources, especially on the equity side, cdp has further widen its activity. It has promoted, for instance, equity funds with the aim to support firms' capitalization both for smes' and large strategic enterprises. In this paper is shown how, despite its public mandate, cdp operates as a private actor, in complementary to other private market operators rather than being in competition with them. This reduces the risk of crowding-out effects typically associated with the traditional Government intervention in the economy. 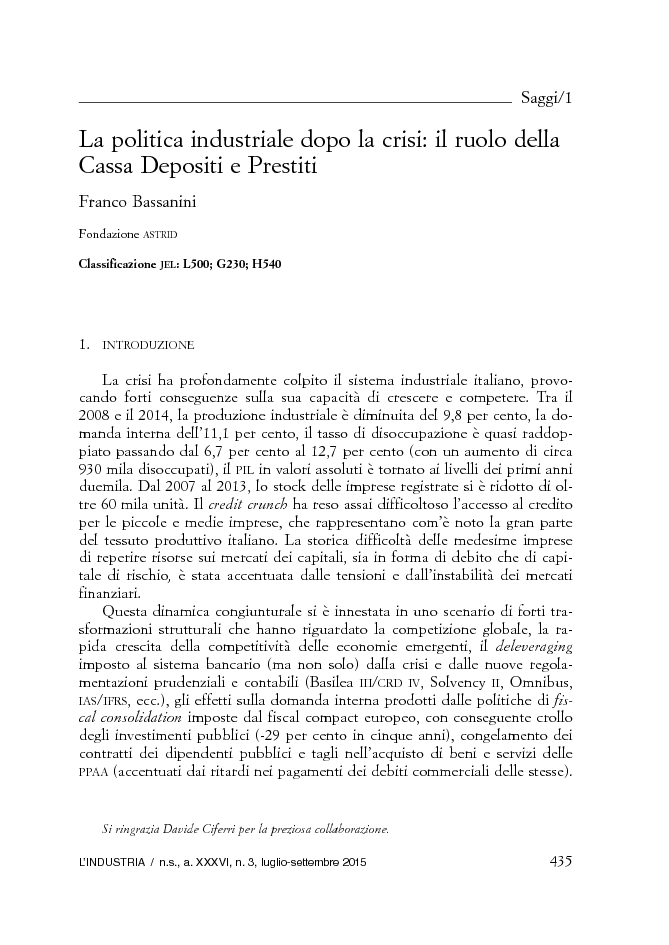