This paper investigates the evolution of new industrial policy in Europe from the perspective that - now more than ever - this policy area is geared especially toward bolstering knowledge-based investments (R&D, human capital). First, the most relevant Communications from the European Commission on this subject are reviewed, juxtaposed with the programs launched during the same years (2010-2011-2012) by the Obama Administration and the German government chaired by Chancellor Angela Merkel. From these plans emerges a common movement toward encouraging the new technological innovations (for their broad-spectrum effect), without neglecting sector-specific supports to r&d and skills. Next, we examine the link between structural changes in manufacturing and the need for a new industrial policy, bearing in mind the Alexis Jacquemin's forward-thinking lesson. We confront the situation in Italy in the final section, where on one hand we see the importance of the work done by industrial economists in shaping industrial policy for the 21st century, and on the other we encounter some of the most significant institutional reforms (i.e., the new division of responsibilities between the State and its Regions), and structural ones (i.e, the new role of the Cassa Depositi e Prestiti). 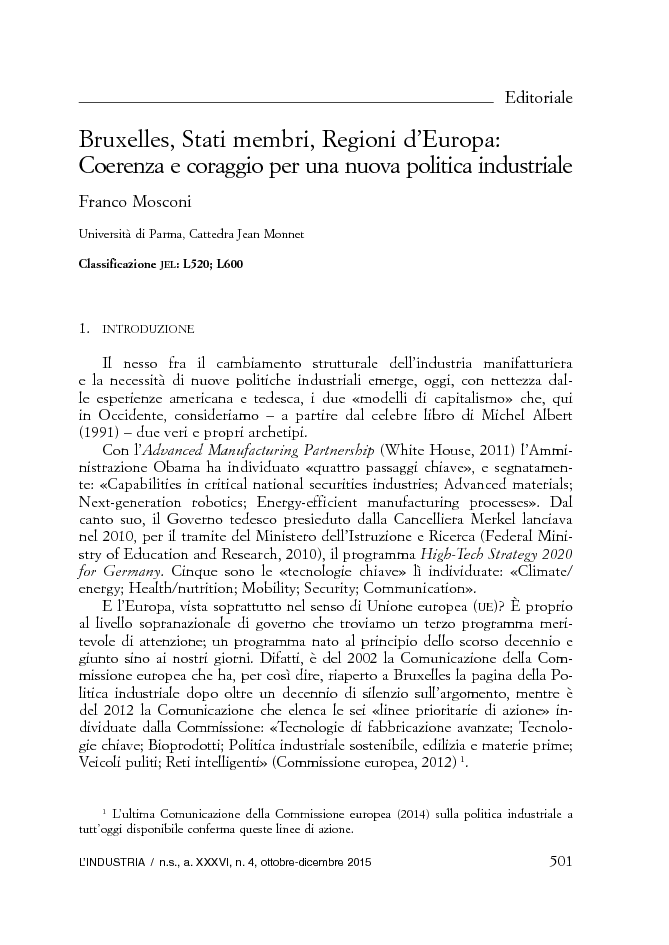