Almost ten years after the launch of the SciTech Guideline, between the end of the 12th five-year plan (2011-2015) and the beginning of the 13th (2016-2020), the Chinese government has issued the "Made in China 2025" plan (MiC 2025). It is the first out of three plans being part of a wider initiative having the aim of making China a manufacturing power within 2049, to coincide with the 100th anniversary of the foundation of the People's Republic of China. Even if the Chinese planning have been considering innovation and technology as two pillars since the initial years of the Republic, there is a new pervasiveness in the planning efforts. However, differently from the past, these efforts cannot benefit from a positive juncture. The aim of the present work is to trace a first balance of the innovative activity in China, concomitantly with this turning point in policy, analysing a set of synthetic indicators derived from the qualitative-quantitative objectives included in the SciTech Guideline e in the subsequent five-year plans. More specifically, by means of Chinese and international sources, this article does not aim at evaluating, but at deriving a series of stylised facts on innovation in China and at providing some insights for a further discussion on two decades: the one that has just finished and, most of all, the one that has just begun. 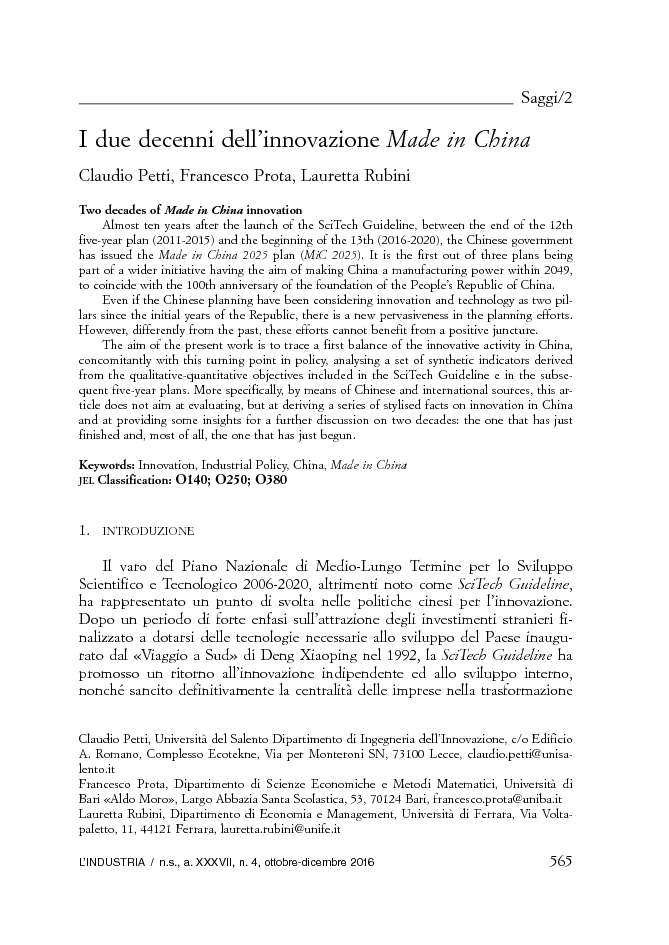