Just when the Italian economy seemed finally to emerge from the longest post-war crisis, new difficulties arise from the deterioration of international macroeconomic condition and from a new wave of technological innovations that national firms and institutions appear illequipped to cope. The article looks at the causes and potential consequences of the slowdown in international trade that the new protectionist tendencies are worsening. These phenomena are not so much attributable to a retreat of globalization, but to new forms of transnational organization of production, driven by the growth of complexity and competitiveness of emerging economies, as well as by a new generation of digital technologies. Therefore, it is just an illusion try to rebuild a supposed national economic sovereignty within the old pattern of international relations. Instead, we must set a new agenda of economic policy aimed to strengthen the knowledge creating processes and the educational institutions as engines of development, including the promotion of new models of corporate governance, more open to the involvement of critical actors for innovation. 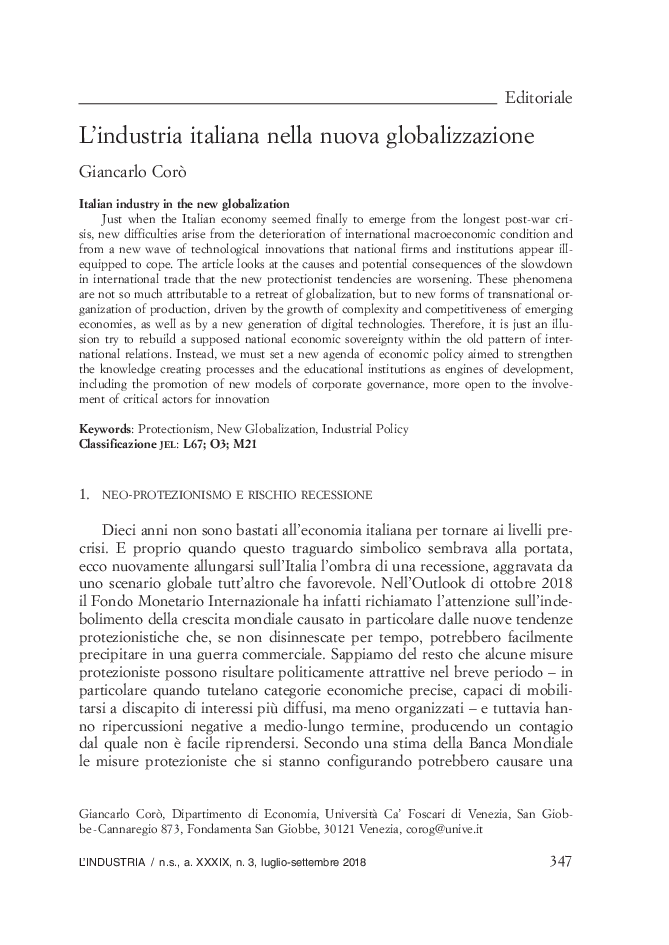