This paper aims to identify the role that the National Public Enterprises (npe) and its expenditure, in a context characterized by the growing marginalization of the Southern issue, plays in the economic processes of the Southern Italian development. For this purpose, with the help of the Regional Public Accounts System, the trend of the capital expenditure of the Extended Public Sector is analyzed, especially its investments, by stakeholder. Empirical research shows that the reduced effort of the npe in Southern Italy compared to the Northern and Center Italy, heavily contributed to the wider gap between the capital expenditure from 2001 to 2010, and then to reduce it from the beginning of 2011 to the end of 2016. During the 2001-2010 decade the trend also shows a strong contraction of the public administration’s investments, getting worse from 2009, which also worsened the infrastructure capacities of the Mezzogiorno area (Southern Italy), being the investments of the public administration a necessary condition to achieve a long-lasting industrial development. 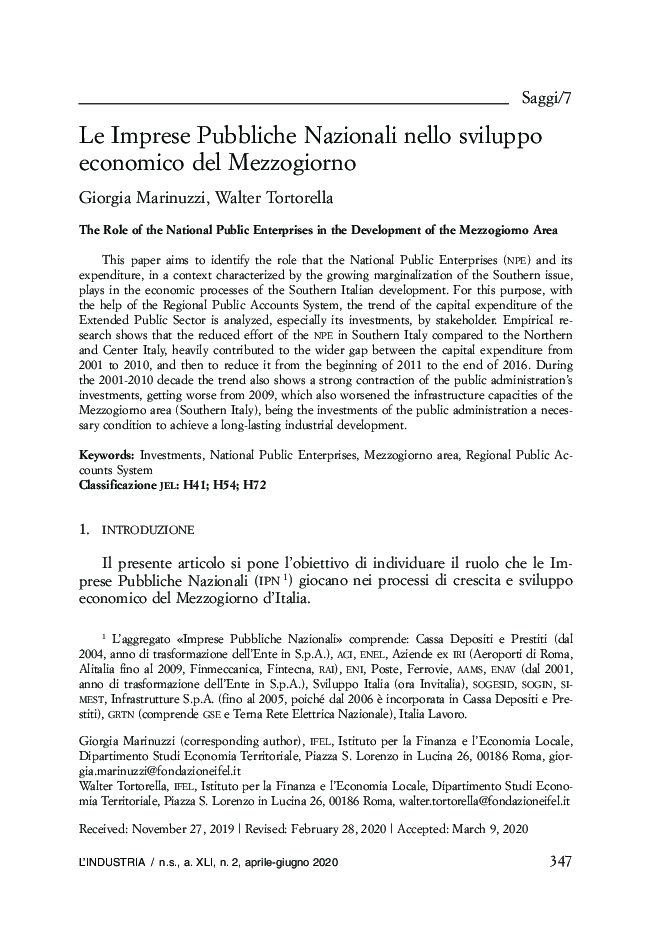