This paper wants to be part of the studies that look at the economic development of countries from a macroeconomic perspective with reference to the mobility of foreign capital in transition economies. A preliminary analysis was conducted through the macroeconomic outlook which introduces the inflows of foreign capitals to the subsequent analysis of the determinants. For empirical analysis of the determinants of foreign capital inflows has been used a Tobit model for truncated variables on panel data considered it thriftiest. The results show that an important role in attracting foreign capital has been the major international openness and the better prospects for per-capita gdp growth, in addition to public debt, the growth in the manufacturing sector and capitalisations on the stock exchange, the reduction of unemployment. While, the improvement of the governance climate, the effects of the «Arab springs» and the antecedent turmoil of the economic global crisis have had a negative impact. Also, significant was the adoption of the international accounting standards, as a proxy for an improvement in accounting transparency and financial reporting. 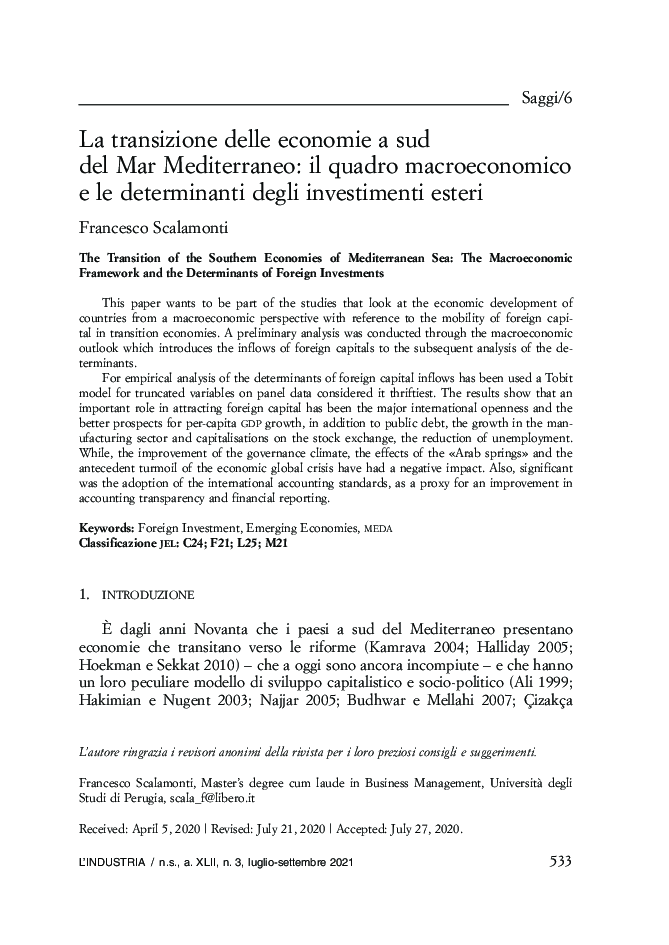