After many years, 2015 has seen a new recovery for the Italian economy. It is very particular growth, driven by households, normally the weakest players in the economy. The Italy that has come out of the recession is profoundly different. It is older, poorer and has more inequalities, where the traditional geographical differences have been overlaid with gender and generation gaps. Despite the scars, Italy is also a country that is convalescing, but alive. It knows it has escaped from danger and it is trying to look to the future with new hope and a great desire for change and innovation. In this context, the only thing that seems able to shake things up, get people moving, out of their routine and open up new possibilities is technology. If you want to understand the Italians of today you must look at what they are buying. Their consumer choices have become more varied and their spending behaviour more frugal and rational. In the post consumer society in which we live, consumption has a different meaning and holds different values to those of the past. It is no longer an end in itself, a means of identification and recognition of our position on the social ladder. Today it is something you do to achieve well-being. 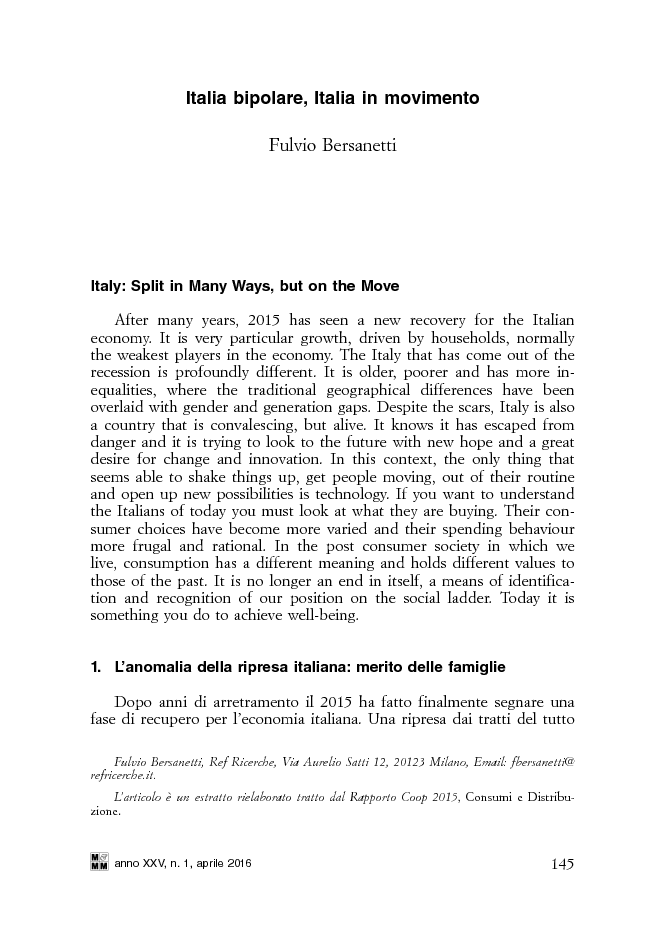