The industrial sector in Sicilian economy is quite weak. Sicilian enterprises must face a lack of competitiveness due to the presence of organized criminality and to very low levels and low quality of infrastructures, especially in the transport sector. Nevertheless, there are some successful entrepreneurial cases which take place in this region, there are Sicilian firms that are able to compete with northern firms and to export all over the world. This study is based on such successful experiences. The main aim was to find out how it is possible to run a good firm in Sicily, despite the competitive gap with the most developed areas in Europe. The survey on Sicilian successful firms, hold in 1995, was revised and the sample of firms was enlarged and updated. The results, compared with the older ones, were useful to verify if, after ten years, something had changed in the reasons of entrepreneurial success in Sicily. 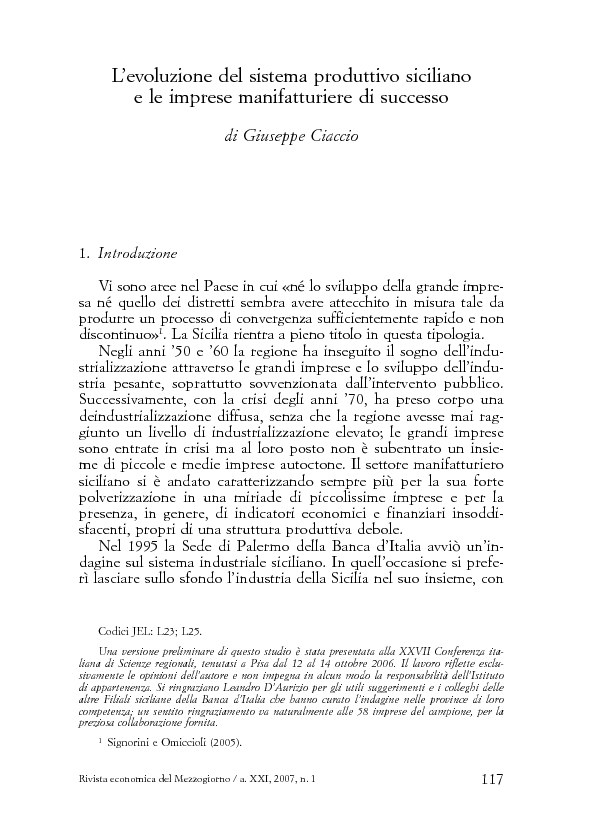