In the mid 1990s a number of essays have explored the possible effects of a European Monetary Union (EMU) in the weakest areas and the South of Italy. In particular, these studies have started a debate on the hypothesis that a common currency could help solving the «Southern Question» («Questione meridionale ») - a debate raising both optimistic and pessimistic answers. Firstly, the proposed paper reconstructs such a debate on the effects of a common currency for the Southern economy. Secondly, it tries to produce an ex-post analysis in order to understand whether a convergence process has been started. Our analysis shows that the South of Italy, with the exclusion of Abruzzi, in the years the unification process began, has converged towards the North in terms of per capita income. Nevertheless, such a result cannot be generalized when the analysis includes other socio-economic and structural variables (quality of life, labour market, poverty rates, consumption, crime and public sector's performances). 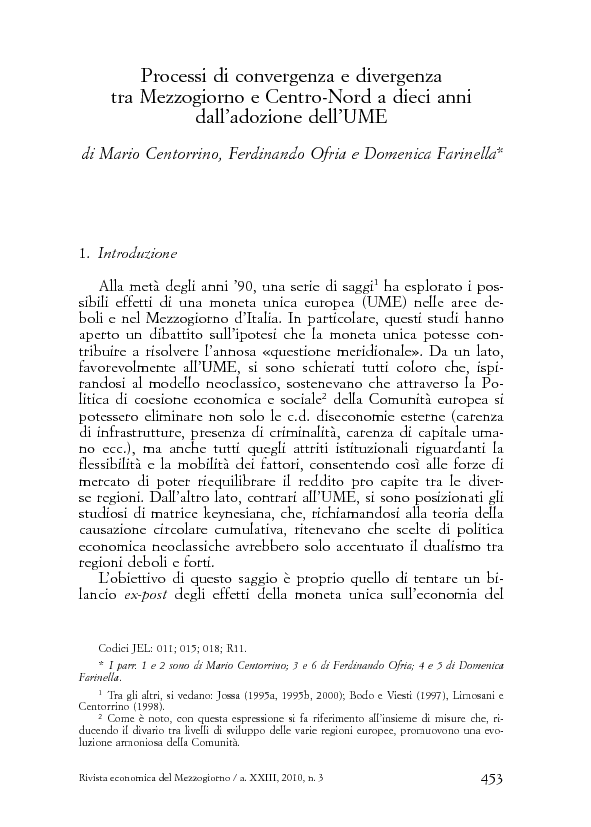