Over the years, the international tourist movement has considerably expanded and this has reinforced the idea that such a sector can have a major role on the growth of Mezzogiorno's economy and on reducing the gap with the Centre-North. This paper aims at analysing trends in the South during the decade 1988-2008, compared with those of the Centre-North and the main competitor countries of the Mediterranean area, and at identifying the major obstacles to development of Southern tourism in line with the extraordinary heritage of this area, as well as strengths to build on. An effective policy of Southern tourism development should refer to the Mezzogiorno as a macro-area and not as composed of individual regions or groups of them, in order to design common policies that, in respect of local identities, can promote and support demand growth. The creation of a «South project» would strengthen the image of this area in foreign markets promoting the attractiveness of the flows that are directed to the Mediterranean area and of the new emerging markets, especially China. 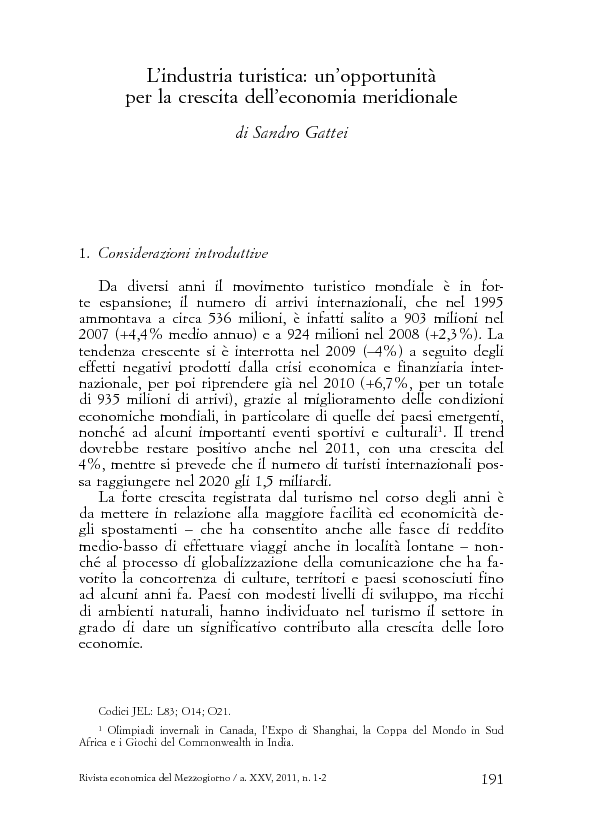