Using AlmaLaurea data, this paper aims at analysing the performances of the university system and its contribution to human capital formation in the Country, also in its territorial partitions. The latest AlmaLaurea data record a dramatic worsening of employment conditions of young people, due to the crisis, particularly in the South of Italy. Its persistence, causing effects on households' disposable income and on graduates' employment prospects, of course affects also the choice of enrolling at university, thus having long-term negative effects on human capital formation in the South of Italy and therefore on its growth prospects. In order for not to happen this, it is necessary to act in different fields and at different levels of competence - for example by privileging interventions for supporting the right to study. The advisability of evaluating universities and allocating funds on the basis of the results is a prime objective, but the choice of instruments and indicators disregarding different background conditions, unfavourable socio-economic conditions in the South, would intensify the negative effect of the above said mechanisms. The charge would be paid mainly by the most deserving southern young people who are less disposed to move for socio-economic reasons. 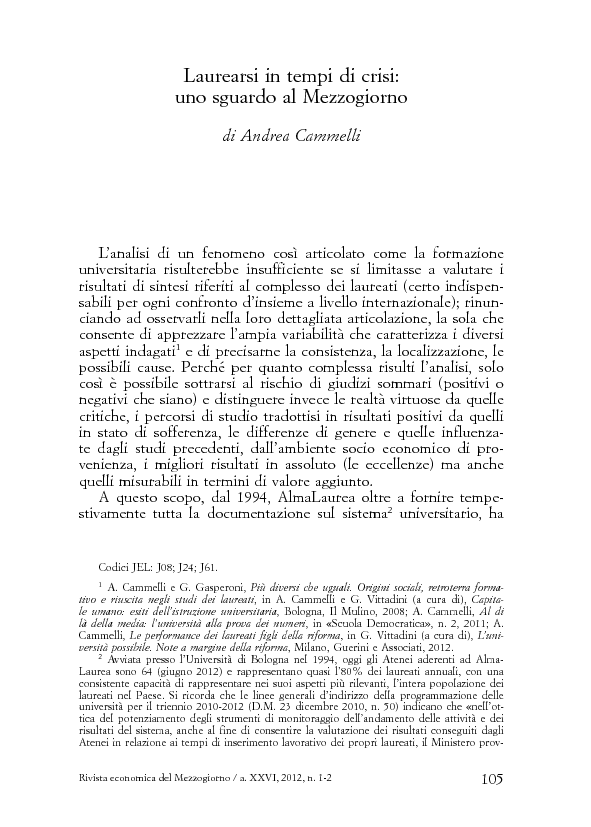