This paper analyzes the industrial situation, updated at the beginning of 2013, in Bari, Brindisi and Taranto - the three main towns of Puglia since the late 1950s, which have experienced a sustained growth of their manufacturing sector still representing a strong point not only for their economy, but also for Southern Italy and our country as a whole. The sectors employing the highest number of employees in large industries are Automotive and Heavy Engineering in Bari, Chemistry, Energy and Aeronautics in Brindisi, and Steel, Petrochemical, Shipbuilding and Aerospace in Taranto. The robustness and the competitive ability of these large industries located in the region and dealing with the fields mentioned above, disprove the opinion of those scholars who, up to now, have either decided not to analyze these production companies in depth or have underestimated their importance. 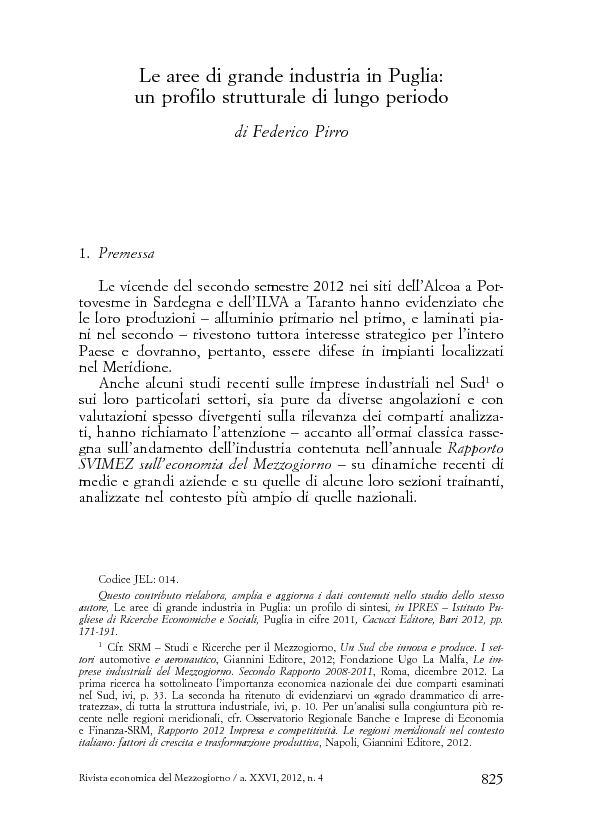