The crisis of the city of Naples started in 2011, with the recognition of a government deficit that led to financial crisis. However, regulations have allowed an alternative route, based on the idea that within ten years current difficulties could be overcome. The city of Naples has chosen this route, which involves risks and drawbacks, pointed out in this paper by financial statement data, for the years 2008-2013, compared with those of other Italian cities (Milan and Rome). Over the years considered the city of Naples has dramatically reduced revenues, both in terms of investigations and of receipts; so far it has been rectified with an even more marked spending reduction, which has led essentially to a shrinkage in services and investment. The rules of the «multi-year rebalancing plan» let us believe that this situation would continue for a period of ten years. 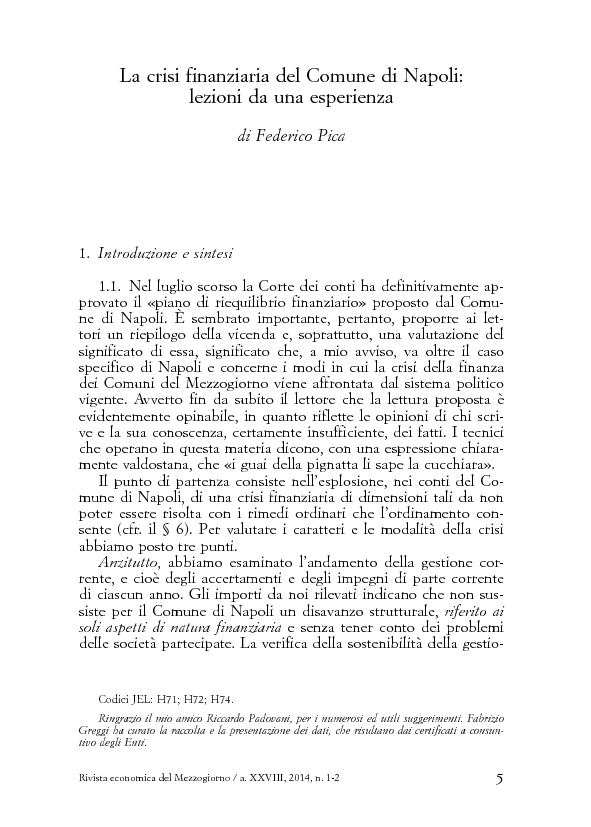