This paper focuses on the current situation of «federalism» in Italy - i.e., on the combination of discriminations constituted by public sector among citizens living in different districts. Such issue is referred to Municipalities' finance, Regions' finance, paying particular attention to healthcare, State and welfare system's finance. With particular reference to this last aspect, this paper points out that most damage, especially for the years following the 2007- 2008 crisis, is caused by ordinary interventions carried out by the Republic - that is, by the whole series of public administration, directly or indirectly controlled by the State. This is particularly true for public investments and tax burden. In such context, the author believes national priorities are to be favoured; pursuing them, southern Italy will be significantly advantaged as well. Fundamental issues deal with public investment relaunch and support to economically disadvantaged people. 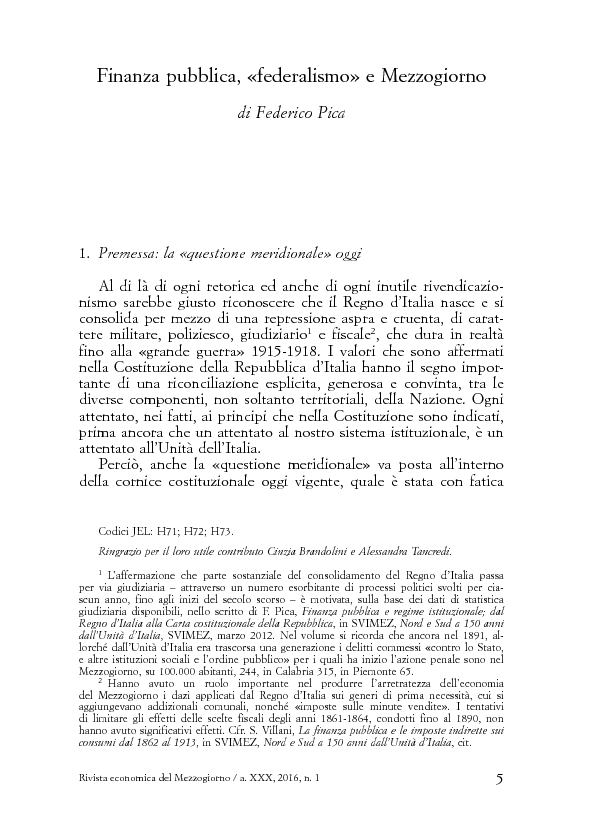