The reference to local labour systems as basic units of analysis, in the case of the South of Italy, is useful because it allows to overcome the idea that we are dealing with a socio-economic unit block. It is possible to identify the areas where small enterprises outnumber and those where, on the contrary, production takes place in large plants, most of which developed in the years of extraordinary intervention. The local labour systems that, on the basis of the 2001 Census, show an industrial propensity are a useful point of reference to analyse the difficulties and problems that during the crisis years appeared more clearly. A comparison with 2011 data allows to highlight the effects on the industrial structure of the great crisis that began in 2007-2008. Information on exports and on the use of Cassa Integrazione Guadagni (CIG) reaggregated at local system level are further elements that enrich an analysis that does not refer solely to employment data. The export figures show the difficulties of the productive systems of small business already some years before the rise of the Great Depression. The data on the CIG bring out most clearly the problems of big businesses that the only information on employment show less severely. The repeated appeals to the CIG, which in the most acute times of the crisis involve nearly 10% of those employed in large enterprises, represent an opportunity to highlight, albeit basically, issues that have been, or are matters for negotiation between the social forces. The reference to four cases (FIAT Chrysler, Ilva in Taranto, the chemical sector in Versalis and Whirlpool appliances) raises anew the question of a repositioning of important segments of the national industry both to address the need to promote production processes consistent with the respect of environment and the safeguard of the health of citizens, and to support the shift from the production of goods to low-value added to those with a higher technological content and a higher rate of innovation. Such are all issues that propose again the problem of finding adequate financial resources and solid business skills. These are long-term problems that overlap and mingle with events related to the severe crisis we are experiencing. 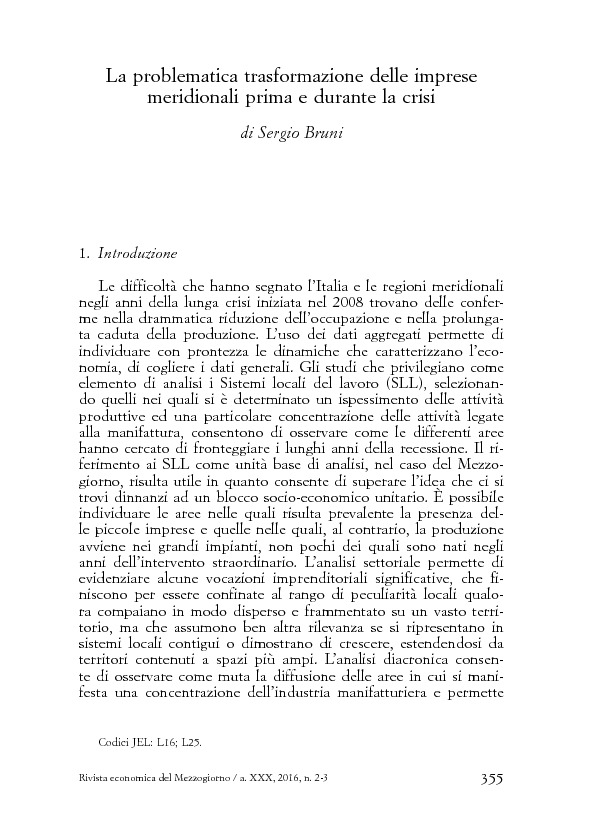