In the context of economic literature dealing with territorial inequalities, a trend is emerging that investigates its correlation with the growing support for leader and populist movements. This interpretative paradigm shifts the attention from the interpersonal income gaps to the regional ones as a catalyst element of the vote of protest by reading it, in the words of the main exponent, the economist, as a revolt of places that do not count. That is, a mixture of anger and anguish, stemmed from belonging to a place, not to a specific social or cultural group. The article analyses an aspect that has not yet been taken into consideration by this line of research, although it has obvious implications in the relationship between territorial inequalities and the growth of populism: public perception. The reputational dimension of public policies and powers, in a climate of widespread distrust among citizens, represents an important interpretation to the study of the geography of discontent, as well as the design of interventions. In this sense, the demand for placesensitive policies is not enough as answer. We need to debate not only on the spatial relevance and effectiveness of the actions put in place, but also on their impact in terms of knowledge, reputation, and even values. To do this, it is necessary to consider communication as a strategic aspect of any public policy. 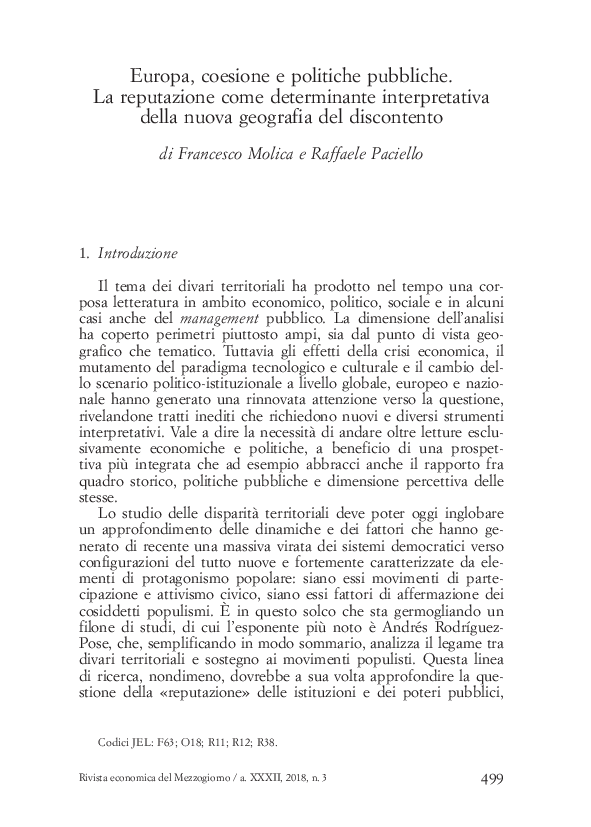