In Southern Italy, labour productivity in industry and market services is 32% lower than in the Centre-North. Between the two areas, also average wage differs. Despite the collective bargaining system, in Southern regions the average wage is 25%lower than in the most developed part of the country. Overall, unit labour cost, as measured by the ratio between wages and value added, is similar in the two areas. Given the historical development disparities that characterise Italy, the industrial structures of the two parts of the country notably differ, in terms of sectoral composition, size of firms, number of multinational companies and exporting firms. Furthermore, in the South, price level is 10-15% lower than in the Centre-North. These structural disparities may explain a substantial part of regional gaps in labour productivity and average wage. 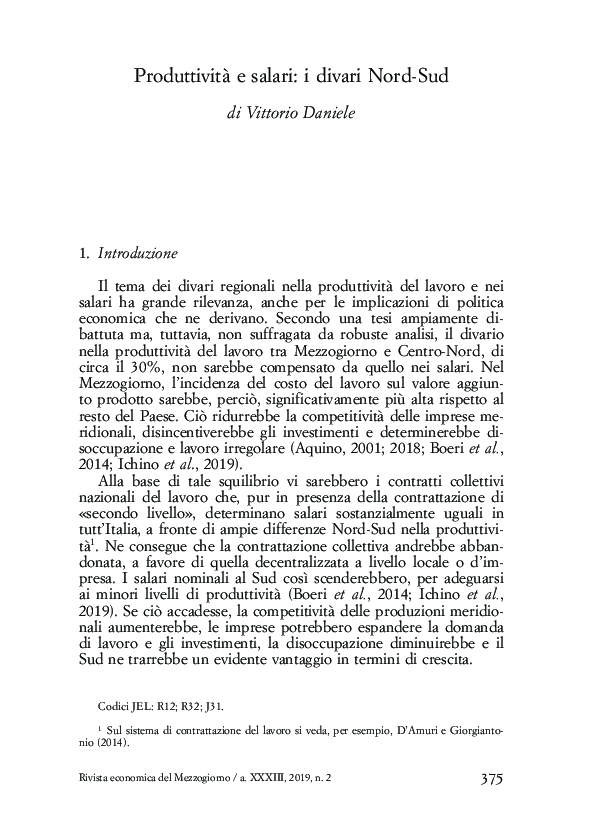