In January 2020, the Italian Antitrust Authority (Autorità Garante della Concorrenza) fined the four major fixed and mobile telecommunication operators (Fastweb, Tim, Vodafone and Wind Tre) in relation to an infringement of art. 101 of the Treaty of the Functioning of the European Union regarding the so called four-week (28-day) billing system. The story in its entirety, also with reference to those carried out previously in the agreement, offers several insights. The first of which concerns the behavioral analysis of consumers and their perception of the monthly price. Moreover, the case is important to understand the distinction between autonomous adaptation and restrictive coordination in markets characterized by a high degree of concentration. Finally, the third point concerns incentives to participate to a cartel in a market that, at least apparently, is characterized by a high degree of competition 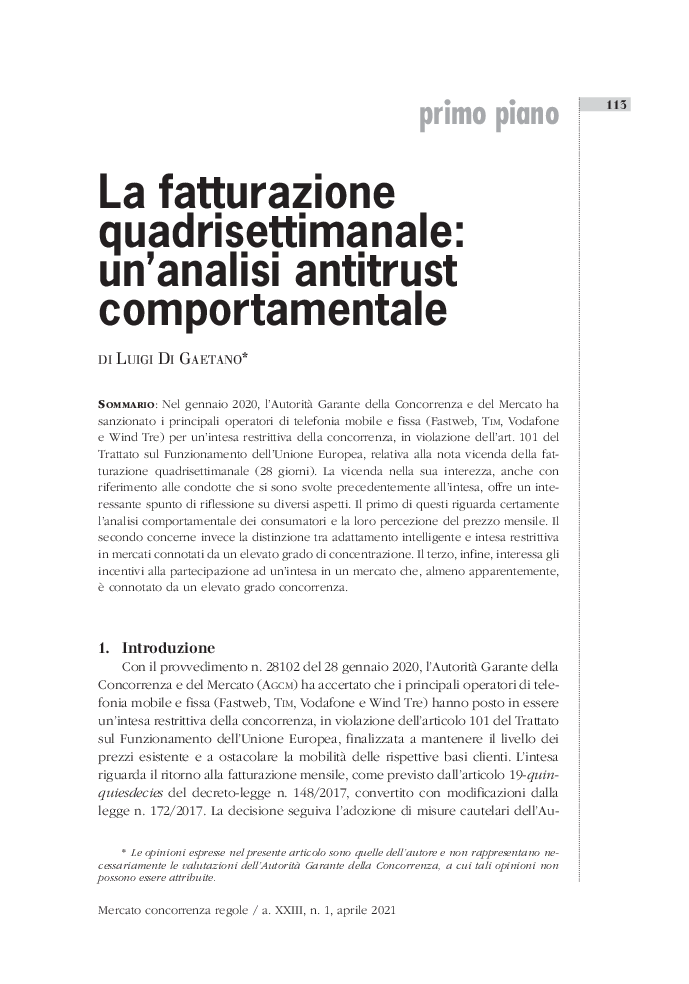