In March 2021, the Italian Competition Authority sent the President of the Council of Ministers some suggestions on how to reform the Italian Code of public contracts. Most of these suggestions are largely acceptable. For one aspect only – the immediate replacement of the Code of public contracts with community directives, albeit limited to the management of those public contracts related the Next Generation Eu community plan – we believe, unlike the Authority, that integrating the community directives of all the necessary procedural and sanctioning aspects would significantly delay the start of the investment plan. It is therefore preferable to modify some provisions of the code rather than suspend its validity. From this point of view, the Authority’s proposals could be implemented immediately, both those aimed at promoting an approach less focused on ex ante regulation and more on ex post control, and those aimed at considering the incentives and competence of public administrators by contrasting the causes of defensive bureaucratic behavior and promoting the specialization of skills through the qualification of contracting authorities. On some aspects, however, the automatic exclusion of the anomalous offer and the provisions on subcontracting, it is not enough to make the rules consistent with Eu directives as suggested by the Authority, but more complex and articulated corrective measures are needed. Finally, in addition to what is indicated by the Authority, we suggest to abolish the provision that suppliers invited to procurement procedures be obliged to rotate 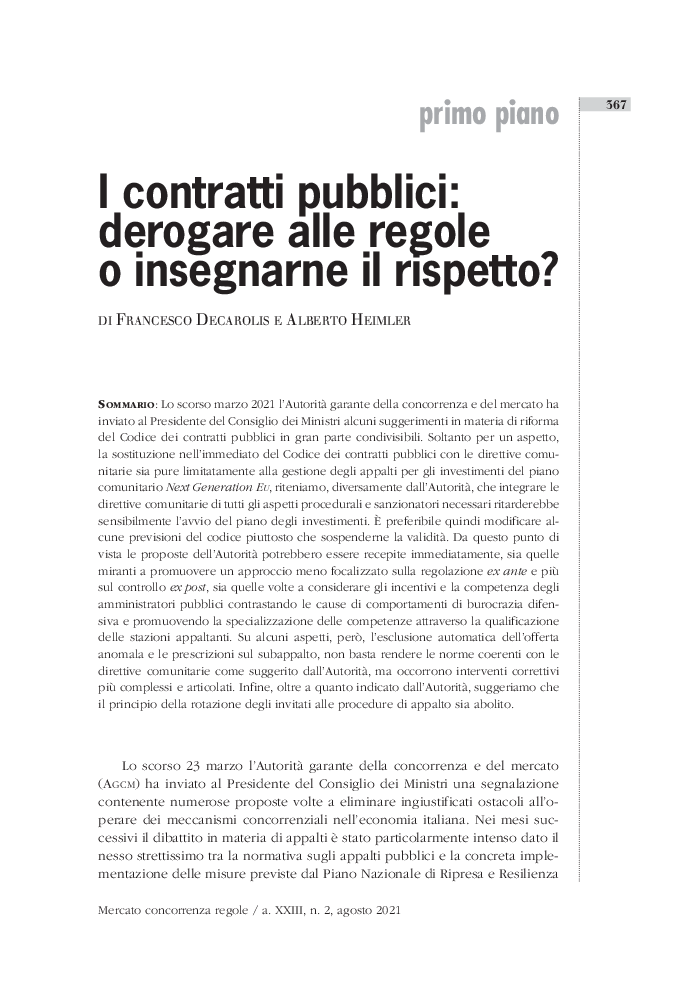