The issue, which is catching once again the attention of the United Sessions of the Higher Court, concerns the effectiveness of the downstream contracts of the competition restrictive agreement. This survey is aimed at finding the systematic framing of what the Higher Court defines as the functional link between the above mentioned contracts and the agreement. Thus the writer uses the notion of «integration» of the contract, where the content of the upstream agreement is taken in, by clearly restricting the private autonomy, although the two acts still remain structurally perfectly independent each other. The agreement stands as an heteronomous source of the contract content whereas the contract becomes an instrument for the agreement implementation. In this perspective it can be justified that the nullity of the agreement may spread over the contract which implements it, as stated by the Court that, in this judgment, takes an additional step forward, as the nullity of the contract (private enforcement) is an instrument to ensure the economic public interest and the market protection 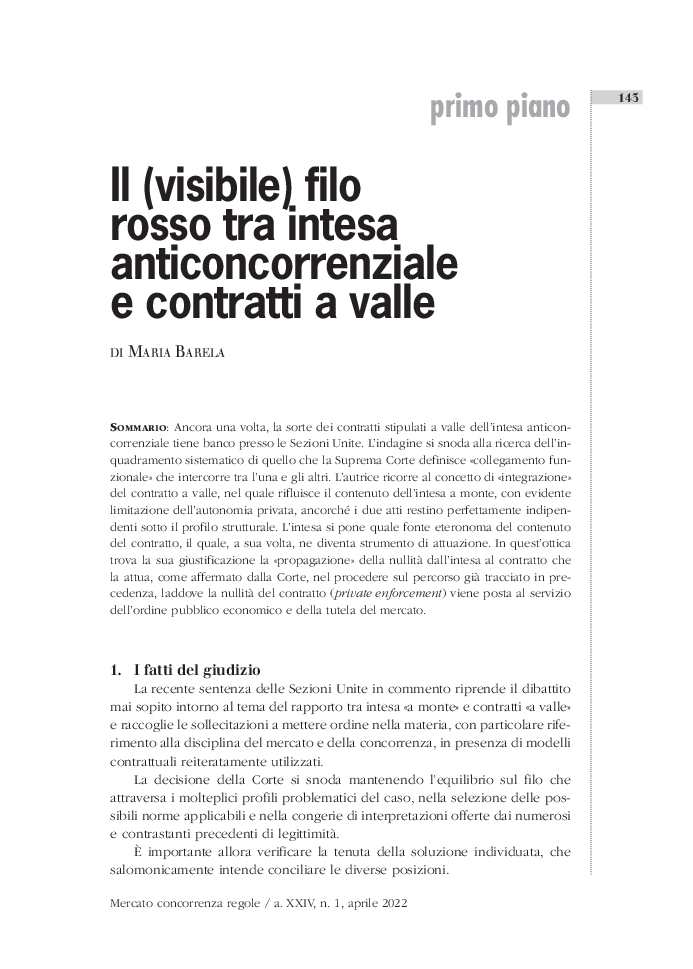