Through a recent referral order, Italian Council of State has asked the Court of Justice to clarify the criteria to determine whether two or more indipendent subjects form a single economic entity, outside the cases of corporate control and with a particular focus on distribution agreements. The case of Unilever, from which the reported decision originated, appears to be interesting due to the fact that the abuse of dominant position claimed against the multinational company took place by means of several conducts made by its sale licensees, formally autonomous and independent, through the addition of exclusivity and discount clauses. The aim of this paper is to highlight how, in similar circumstances, it can be possible to recognize an abuse of distribution agreements, as long as the latter are used in order to purse an anticompetitive goal. 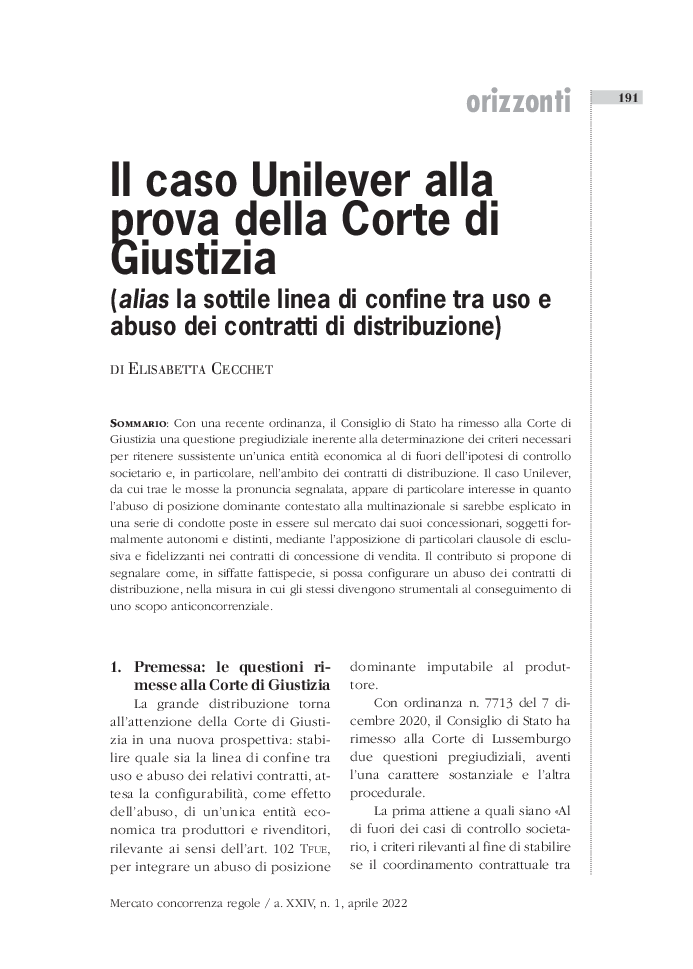