This paper provides an overview of the Italian airport industry from a twofold perspective, which looks at rooms for competition, and also at the regulatory uncertainty currently observed in Italy. As regards the former, in spite of the traditional conclusions about market power, the paper argues that airport competition is a special feature of the new context of "Open Skies" and growing demand for air transport services, although the degree of competition varies largely with the structural and geographical features of the markets and depends significantly on the nature of the route considered. The paper also looks at the specific situation that emerged in Italy, where the current regulatory framework generated significant uncertainty among operators, due to temporal inconsistency of public choices, overlapping of rules and regulators and lack of a strategic planning for the public intervention in this sector. From a practical viewpoint, the simultaneous acknowledgement of such new market trends and the distortions produced by often inconsistent public choices should be posed as a basis for a large reform effort. We conclude by analysing the main roadblocks to future efficiency- enhancing policy - first of all, the status and independence of the Regulator - and providing some policy recommendations. 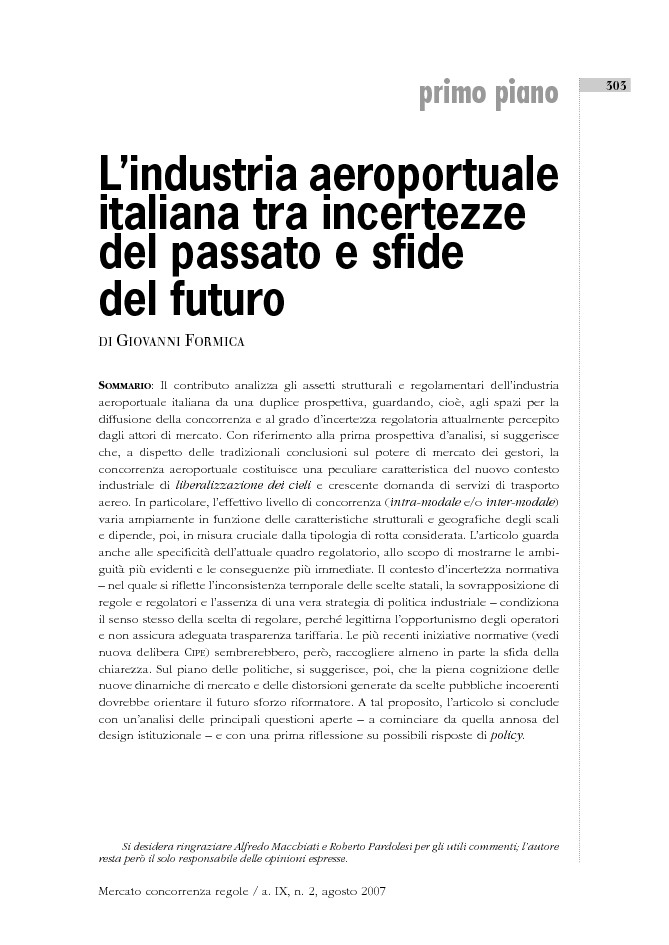