Six years have been elapsed since, in Italy, the coming into force of a Demerit Point System to back traffic offenses occurred. This paper investigates the effects it produced on the dynamics of several types of traffic offenses and mortal accidents on two groups of roads: highways and statal, regional, provincial, and municipal roads. The analysis of the data shows that the coming into force of the new sanctionatory mechanism produced only a weak and temporary deterrent effect on just one of the infractions we examine. A "Beckerian" interpretation of the results suggests that the failure of the Italian Demerit Point System, in increasing compliance with the traffic laws, is to be addressed not to the system itself, which successfully worked in other countries, but rather to the modality through which it has been implemented in Italy. 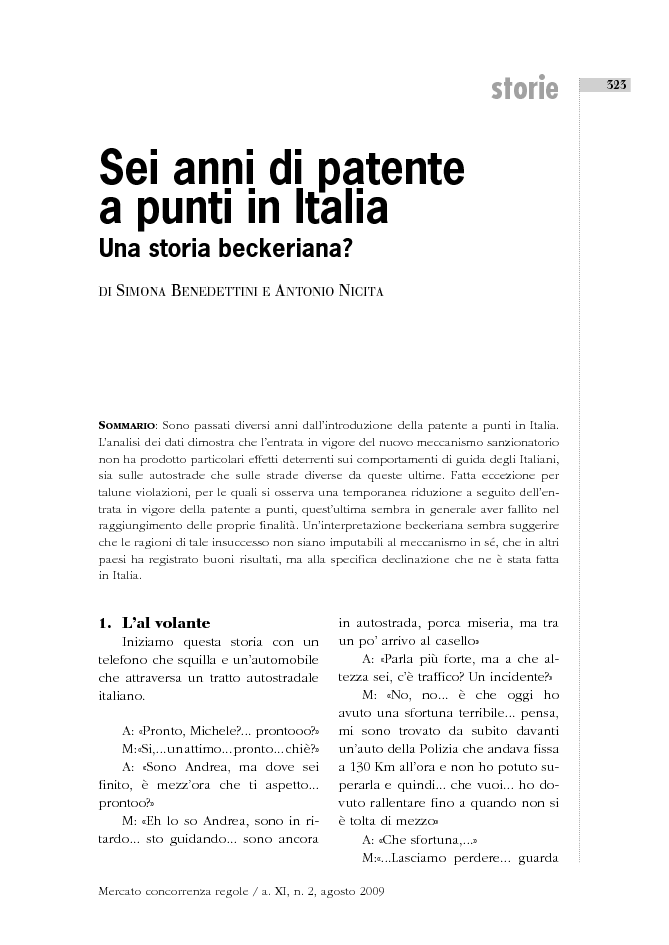