We analyze the air transportation vertical channel and show the existence of an asymmetric distribution of profit margins between airlines and the firms operating in upstream stages. Higher margins are observed for "leasing" companies, engine manufacturers and GDS, while airlines exhibit a very low profitability. Two factors may explain this asymmetry: (1) in some stages of the value chain some firms (e.g. airlines and handling companies) have a low countervailing power both when acting as a buyer and as a seller, and (2) the liberalization policy implemented in the air transport sector so far is incomplete. The latter has increased the intensity of competition in some stages (e.g. airlines and handling companies), but has not faced and reduced the market power in other ones. We can draw some policy implications from this analysis. First, horizontal mergers between airlines should be positively evaluated by competition authorities, since they increase the airlines countervailing power in the vertical channel and this may, in turn, bring about a price reduction for consumers. Second, the degree of vertical integration in some stages should be reduced, because it is likely to be an instrument for increasing the market power in upstream stages and not to reach a higher efficiency. 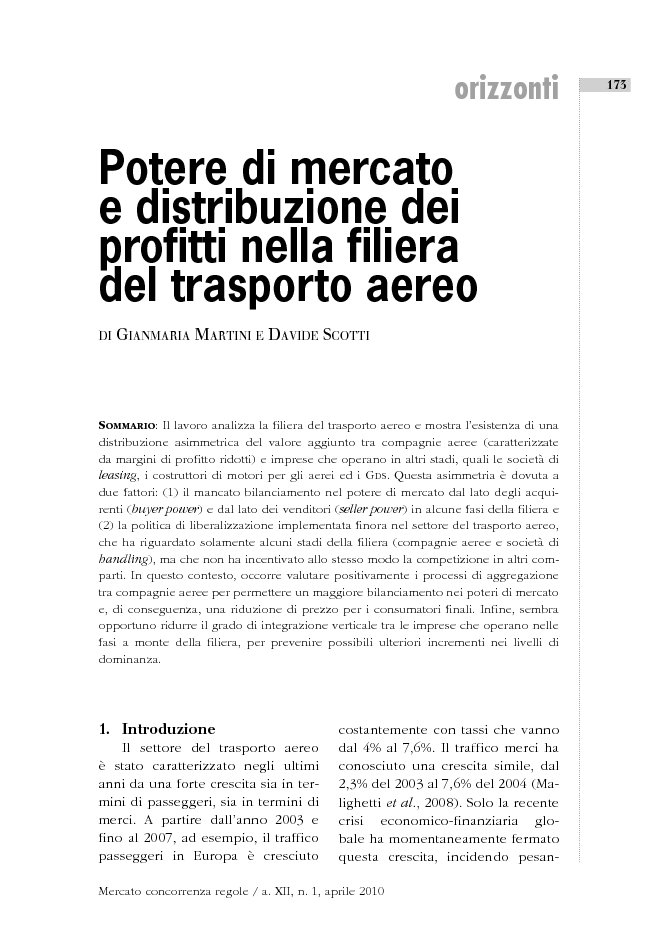