Some laws between 2004 and 2007 have changed the relationship between the Agency (Agenzia del territorio), which keeps the official Italian real estate register, and the firms which elaborate this public information to provide services to financial institutions. These norms were meant to extend the activity of the Agency, but the boundary between modernizing the Agency's service and abusing its monopoly position is thin. An analysis of the law suits which followed these provisions shows that this boundary has been trespassed. Some courts - with some reason - claim that the Agency should have refused to apply these laws, which are in clear violation of the general principles of competition. These events had a negative impact on the private sector, especially on smaller firms, which provide lower quality services. But an evolution of the activity of the Agency appears inevitable, so that a defense of the current boundaries between public and private sectors appears untenable. This may as well force a restructuring of the private sector, but in order to favour this process a more gradual approach is called for. 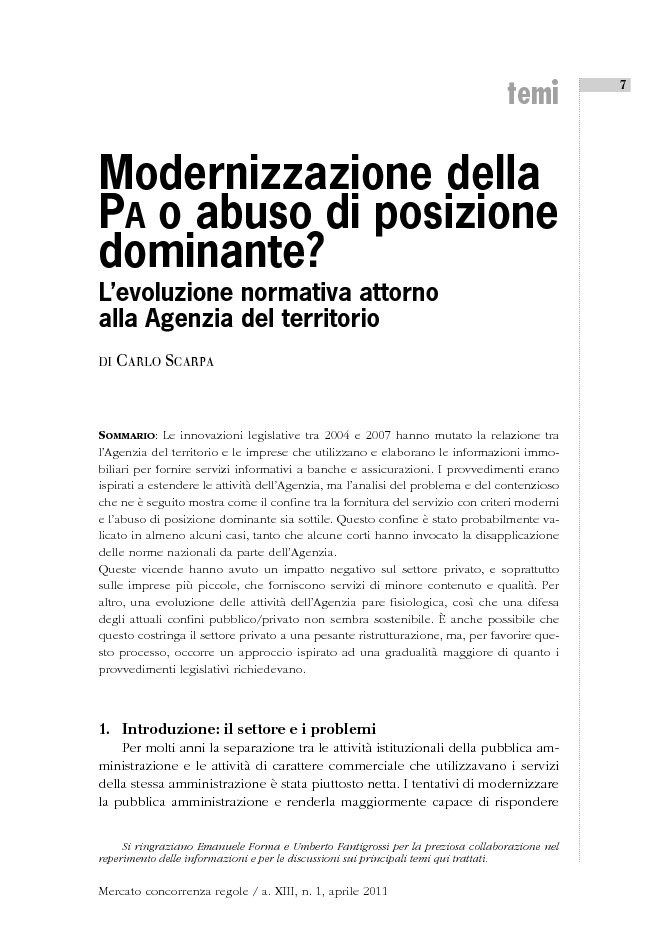