Regulatory complexity and bureaucracy inefficiencies increase the time needed and the cost of starting a business and therefore reduce the competitiveness of a country. Since the early 1990s Italy, in the same way as other developed countries, has tried to introduce some reforms to boost the efficiency of public administration and reduce administrative burdens. The results have been limited. In 2010 two new reforms were introduced. The first allows an entrepreneur to start a business by electronically filing a form (named SCIA, Segnalazione Certificata di Inizio Attività) he declaring that the firm complies with all the legal requirements. The SCIA replaces the ex ante with ex post public administration controls. The second reform improves the local one-stop-shops regulation (the SUAP, Sportello Unico per le Attività Produttive). This paper evaluates the effectiveness of the two reforms. The time required and the cost of starting a business can be effectively reduced only if the administrative simplification tools are coupled with other reforms that eliminate unnecessary regulatory barriers, rationalize regulation, and reorganize the public administration. 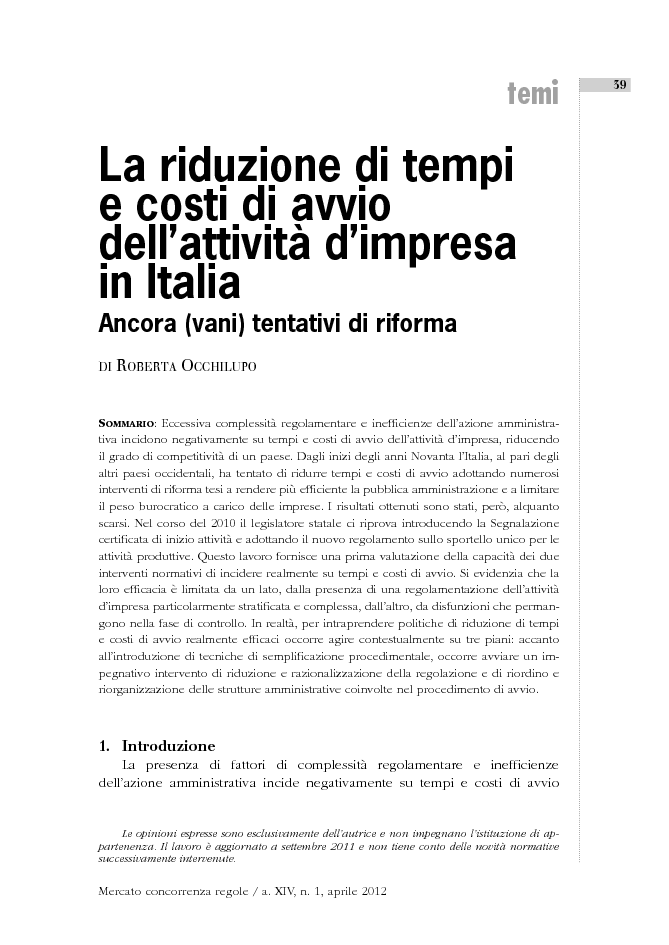