The paper addresses the great difficulties and uncertainties that have characterized the process of services liberalization in Italy in recent years. After having analyzed the implementation of directive 2006/123/Ce, including the limits of the discipline introduced by legislative decree n. 59/2010, the paper explores the content of recent new regulations which, after the economic crisis, have again modified the existing legislation: First, law decree n. 138/2011 introduced only marginal changes in the field, at least immediately; subsequently, law decrees n. 201/2011 and n. 1/2012 contain a number of significant provisions that lead us to some optimistic conclusions. However, a number of decisions have to be still adopted by the Government in order for the legal framework to be completed so that the ultimate purposes of the regulatory reform is fully achieved. 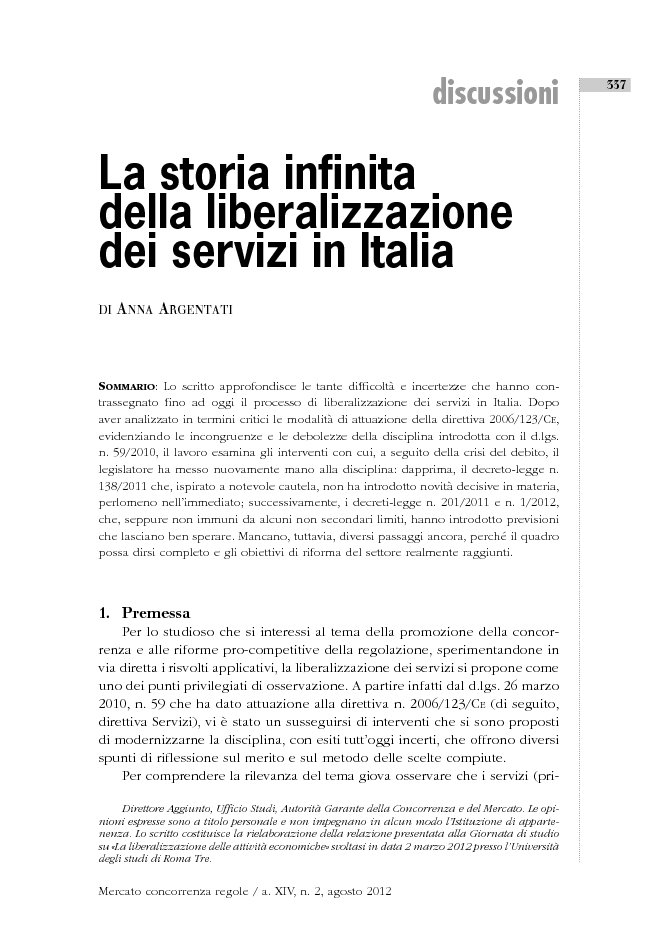