This essay examines references to Adam Smith in the courts of the United States from the time of the first citation to his work in 1796, through 2011. The essay explores the way in which American jurists make reference to Smith at critical times in Us history to elaborate on the relationship among, legal, economic, and political thought concerning such topics as the free market, competition, international trade, taxation, property rights, and relationships between the State and the citizen. The essay also considers the changing juridical image of Adam Smith over time; an image constructed primarily with reference to his work, The Wealth of Nations, while generally ignoring his other famous work, the Theory of Moral Sentiments. 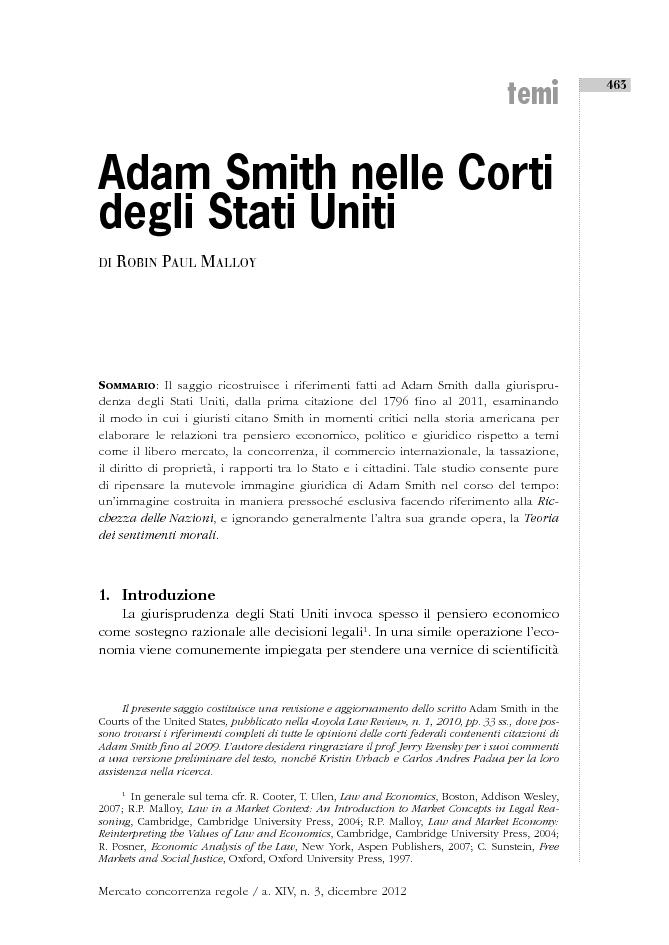