The recent adoption in Italy of the provisions concerning the abuse of "relative" dominant position - following the example of Germany and France, but as part of contract law rather than competition law - requires from the legal scholar that some strategic passages of law and economics be tackled in the field, as a matter of statutory law, rather than in the abstract. The Author proceeds from the identification of the crucial elements of economic dependence - such as assets specificity, the impossibility or inconvenience of writing complete contracts, and information gaps - and further moves to interpreting the abuse of such dependence through the adaptation in the light of law and economics of some arcane civil law institutes, and much commented upon, i.a., and to begin with, good faith. This allows the interpreter to go directly into the balance of the contract - an area which under Italian law has been consistently denied to judicial review - and suggest criteria for assessing the conflicting interests of the parties to the contract. 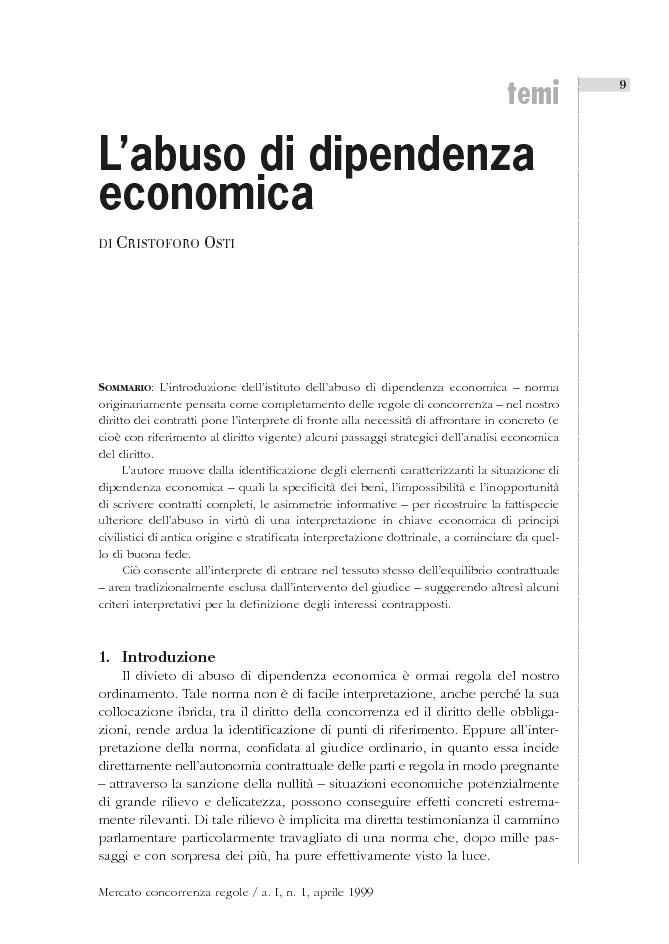